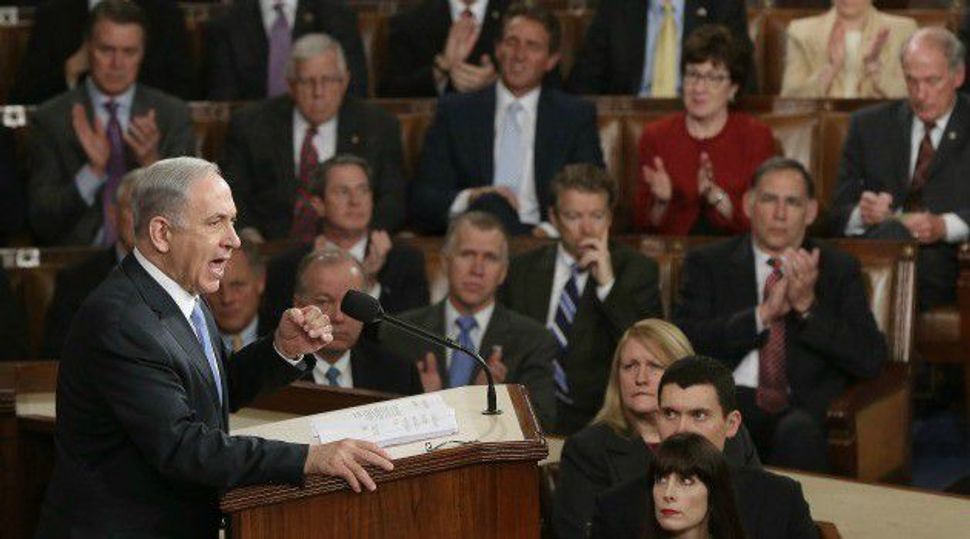 Despite denials that his speech to Congress was a bid to boost his party in national elections in Israel, Benjamin Netanyahu’s party released a campaign ad showing him being applauded by congressmen.

The ad shows Netanyahu speaking in the House Chamber and shows at least one of his standing ovations from members of the U.S. House of Representatives and U.S. Senate. It juxtaposes scenes of Netanyahu speaking to Knesset, panning the empty seats of his opposition, to scenes of what appear to be a full House chamber and wild applause.

At least 60 congressmen boycotted the speech, citing, among other reasons, its taking place March 3, exactly two weeks before the Israeli elections. Netanyahu and his defenders said the preeminent reason for the speech was the urgency opposing Iran nuclear talks backed by President Barack Obama. The deadline for an outline of an agreement in the talks is March 24.

Netanyahu spoke at the invitation of the House Speaker John Boehner (R-Ohio), who in a breach of protocol did not consult the White House, congressional Democrats or the American Israel Public Affairs Committee. No Obama administration officials attended the speech, and Vice President Joe Biden, who conventionally co-chairs such events with the House speaker, was out of the country.

Obama declined to meet with Netanyahu while he was in Washington, also citing the proximity of Israel’s national elections.