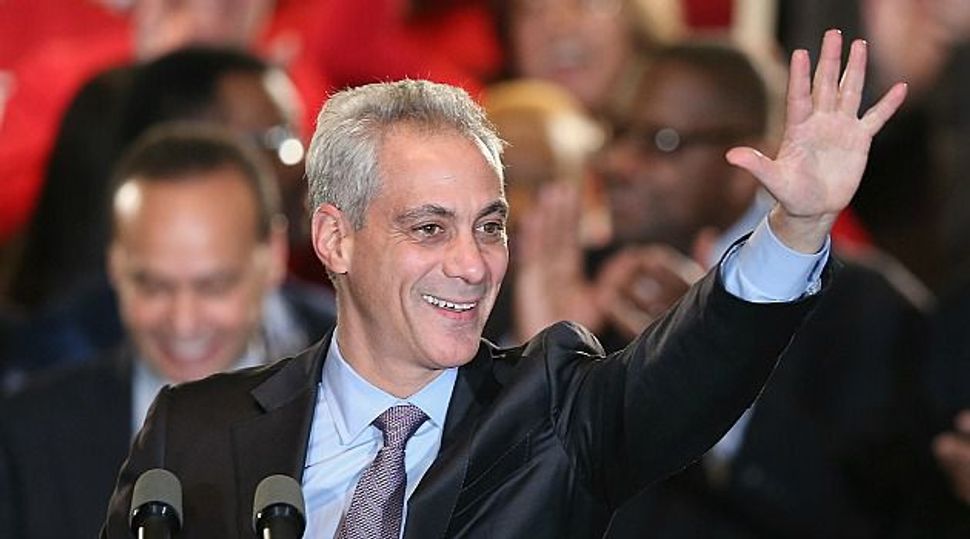 (Reuters) — Chicago Mayor Rahm Emanuel has opened a 10 percentage point lead in his re-election bid against Jesus “Chuy” Garcia, an opinion poll on Sunday showed, though his challenger received a hard-won labor union’s endorsement that could bring in campaign cash and volunteers.

The Chicago mayor’s race went to an unprecedented run-off when well-funded Emanuel, mayor since 2011, failed to clinch the 50 percent of the vote he needed for an outright win on Feb. 24.

Former White House Chief of Staff Emanuel, who has used his campaign chest of more than $10 million to saturate the airwaves, faces Garcia, a veteran Chicago politician who is supported by the powerful Chicago Teachers Union, in the nonpartisan second round on April 7.

Garcia has tapped into disillusionment among some African American, Hispanic and labor union voters who are concerned Emanuel will cut public pensions to solve Chicago’s deep budget crisis and who were against the mayor’s shutting down of almost 50 underpopulated schools in poor neighborhoods.

However, Garcia has struggled to turn his unexpectedly good performance in February into a serious threat to Emanuel.

A poll published Sunday by Ogden & Fry showed Emanuel claiming 55 percent of the vote, with Garcia at 45 percent. The telephone poll of 920 decided voters had a margin of error of plus or minus 3.3 percent.

The race has won national attention as the two Democratic candidates represent two wings of the party. Emanuel, seen as more pro-business, has pulled in donations from hedge fund and Hollywood executives. Garcia has run few television ads and depends on grassroots campaigning.

Both have held back details of how they would cut spending and raise revenue to deal with Chicago’s financial mess, including a massive pending leap in yearly payments the city must make to public workers’ pension funds.

The Illinois statewide council of the Service Employees International Union announced on Sunday it was backing Garcia, though locals of the SEIU had squabbled publicly over the endorsement.

“For too long our city has been taken for a ride in the wrong direction, catering to the wealthy while neglecting the needs of our neighborhoods and those of us that reside in them,” said April Verrett, executive vice president of SEIU Healthcare, in a statement on the endorsement.