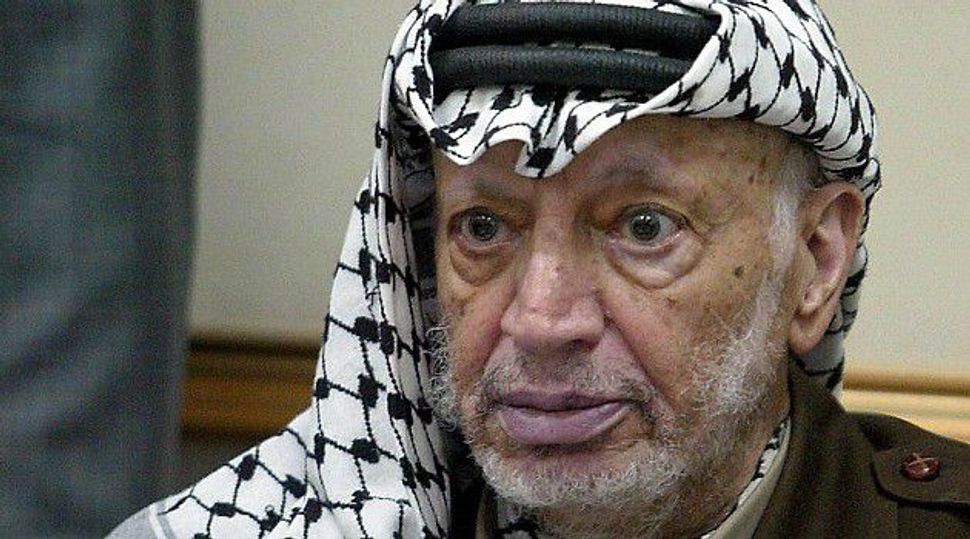 A French prosecutor said that Palestinian leader Yasser Arafat did not die of poisoning.

The prosecutor told the French news agency AFP that French experts found that Arafat was not poisoned, despite rumors to the contrary.

Arafat’s widow, Suha, had filed legal action in July 2012 asking French authorities in the western Paris suburb of Nanterre to look into claims that her husband was poisoned. Traces of radioactive polonium were found on Arafat’s belongings. French prosecutors in August 2012 opened a murder inquiry into the death of Arafat.

After the opening of the inquiry, Arafat’s tomb in Ramallah was opened to allow teams of French, Swiss and Russian investigators to collect samples.

Suha Arafat based her lawsuit on a 108-page report released to her by the University Centre of Legal Medicine in Lausanne, Switzerland, which maintains that the theory that Arafat was poisoned is most consistent with their results. Russian experts have maintained that Arafat was not poisoned.

The French experts “maintain that the polonium 210 and lead 210 found in Arafat’s grave and in the samples are of an environmental nature,” Nanterre prosecutor Catherine Denis told AFP.

Arafat led the Palestine Liberation Organization for 35 years and became the first president of the Palestinian Authority in 1996. He fell violently ill in October 2004 and died two weeks later, at the age of 75, in a Paris military hospital.

The medical report published after Arafat’s death listed the immediate cause as a massive brain hemorrhage resulting from an infection. Doctors ruled out foul play; some had contended that Arafat died of AIDS.

Many Palestinians continue to believe that Arafat was poisoned by Israel because he was an obstacle to peace. Israel has denied any involvement.