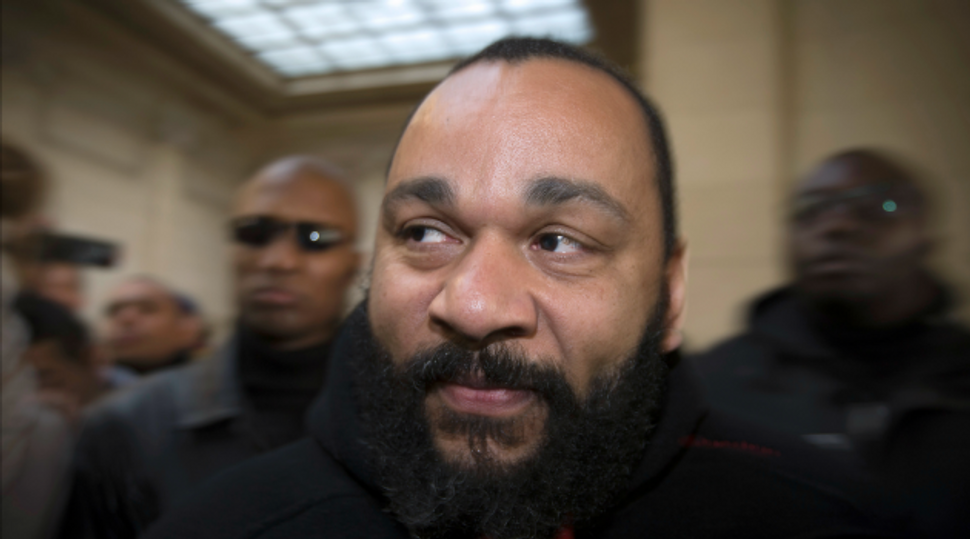 A French comedian was found guilty on Wednesday of condoning terrorism for a joke posted on his Facebook account after Islamist attacks in Paris that killed 17 people in January, but escaped a possible jail sentence.

The Paris court sentenced Dieudonne M’bala M’bala to a suspended sentence of two months in jail. He had risked up to 7 years in prison and a potential 100,000 euro ($106,000) fine.

Dieudonne – who has repeatedly been fined by the courts for hate speech – wrote just days after the attacks on Facebook that he felt “Charlie Coulibaly.”

That was a play on the ubiquitous “I am Charlie” slogan of solidarity following the attacks against cartoonists at Charlie Hebdo weekly, using the last name of one of the Paris attackers.

Amedy Coulibaly killed one policeman in the attacks and four Jews during a raid on a Jewish supermarket.

Dieudonne has been found guilty seven times for slander or anti-Semitic statements, while his shows have been banned in some cities as a threat to public order. Authorities say he owes thousands of euros in fines related to past convictions.

The comedian, who insists he is not anti-Semitic, is credited with inventing the “quenelle,” a gesture critics have likened to an inverted Nazi salute.

Dieudonne posted his Facebook comment on the eve of a huge public march of solidarity in Paris in which more than 3.7 million people, many carrying “I am Charlie” signs, honored the journalists, policemen and shoppers killed by Islamist gunmen.