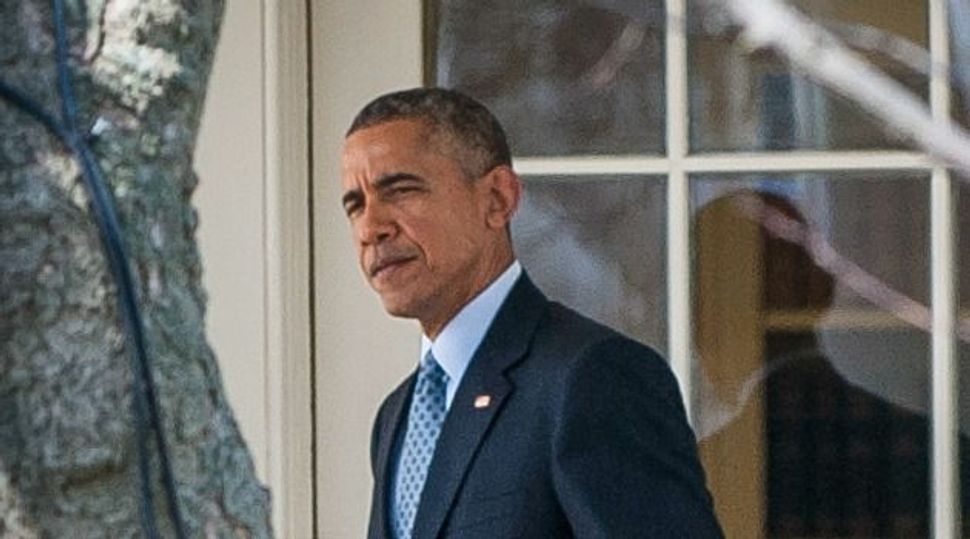 (Reuters) — The White House on Wednesday scolded Israeli Prime Minister Benjamin Netanyahu following his re-election victory for abandoning his commitment to negotiate for a Palestinian state and for what it called “divisive” campaign rhetoric toward Israel’s minority Arab voters.

Even as U.S. President Barack Obama’s administration congratulated Netanyahu for his party’s decisive win in Tuesday’s ballot, the White House signaled its deep disagreements – and thorny relationship – with Netanyahu will persist on issues ranging from Middle East peacemaking to Iran nuclear diplomacy.

In a hard-right shift in the final days of campaigning, Netanyahu backtracked on his support for eventual creation of a Palestinian state – the cornerstone of more than two decades of peace efforts – and promised to go on building Jewish settlements on occupied land.

Such policies could put him on a new collision course with the Obama administration. Some Obama aides had privately left little doubt during the Israeli election campaign of their preference for Netanyahu’s center-left challenger, Isaac Herzog.

White House spokesman Josh Earnest on Wednesday reaffirmed Obama’s commitment to a two-state solution to the Middle East conflict and said that based on Netanyahu’s comments, “the United States will evaluate our approach to this situation moving forward.”

Netanyahu’s insistence that there will be no Palestinian state while he holds office, seen as a maneuver to mobilize his right-wing base when his re-election prospects were flagging, angered the Palestinians and drew criticism from the United Nations and European governments. Chances for restarting long-stalled Middle East peace moves already had been low.

U.S. lawmakers were divided on Netanyahu’s hardened stance. Democratic U.S. Senator Chris Murphy said it could worsen relations with Washington and make it more difficult for the United States to play a “hopeful role in mediating a solution.”

Republican Senator Lindsey Graham said he hoped the United States and Israel would see the election as “an opportunity to start over.” But he said: “A two-state solution is impossible as long as Hamas exists and runs Gaza.”

Speaking to reporters aboard Air Force One on the way to Cleveland, Earnest said the administration would communicate its concern directly to the Israeli government over much-criticized rhetoric used by Netanyahu’s campaign.

Netanyahu charged on election day in Israel that left-wingers were trying to get Arab-Israeli voters out “in droves” to sway the election against him. “The United States and this administration is deeply concerned about rhetoric that seeks to marginalize Arab-Israeli citizens,” Earnest said.

Arabs comprise about 20 percent of Israel’s population of eight million and have long complained about discrimination. They emerged from Tuesday’s vote as the third largest party.

Two weeks ago Netanyahu defied Obama with a politically divisive speech to Congress attacking U.S.-led nuclear talks with Iran. Earnest predicted that Netanyahu’s re-election would have no “material impact” on the sensitive Iran negotiations.

Secretary of State John Kerry called Netanyahu on Wednesday to congratulate him and Obama will follow suit “in coming days,” Earnest said. He said that after previous elections Obama had waited a similar amount of time, holding off until Netanyahu was formally given the go-ahead to form a coalition.

Although Netanyahu must still put together a coalition, his victory all but guarantees that Israel’s president will give him the first opportunity to form a government.

U.S. officials had privately signaled their hopes for an election outcome more in sync with Obama’s agenda, especially with an end-of-March deadline looming for a framework nuclear deal in negotiations between Tehran and world powers.

“The unprecedented security cooperation between the United States and Israel, including our strong military and intelligence relationship, will continue,” Earnest said.