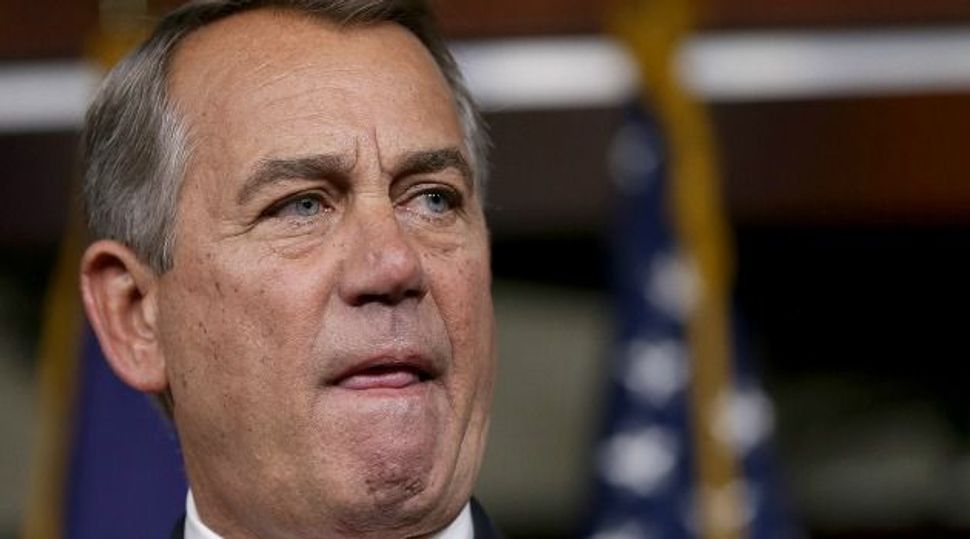 Republican John Boehner, the speaker of the U.S. Congress and an ardent backer of Israeli Prime Minister Benjamin Netanyahu, will visit Israel at the end of this month, diplomatic sources said on Friday.

The visit will follow Netanyahu’s surprise election victory this week and his speech to Congress earlier this month on Boehner’s invitation, an event that aggravated the White House and drew sharp criticism.

The date of his visit with a Congressional delegation has not been fixed but it will happen before the end of March, diplomats said.

Officials in the prime minister’s office and at the U.S. embassy in Israel had no immediate comment.

Boehner angered President Barack Obama and fellow Democrats by inviting Netanyahu to address Congress just two weeks before the Israeli election. Arrangements were made without the White House being kept informed, and Netanyahu used the speech to criticize the Obama administration’s efforts to strike a deal with Iran on its nuclear program.

In his election campaign, Netanyahu further upset the White House by disavowing an earlier commitment to a two-state solution to the Israeli-Palestinian conflict.

He also said Israel’s Arab minority was being mobilized by left-wing groups to vote against him, an accusation that drew charges of racism from opponents and which White House spokesman Josh Earnest called “divisive.”

Since his win, Netanyahu has tried to row back on the rhetoric, saying on U.S. television on Thursday that he supported a two-state solution when the conditions were right, and he received a congratulatory phone call from Obama.

But the White House has said it will “reassess” its options on U.S.-Israeli ties given Netanyahu’s remarks on Palestinian statehood, raising the prospect of a tense period in the coming months between the two leader.