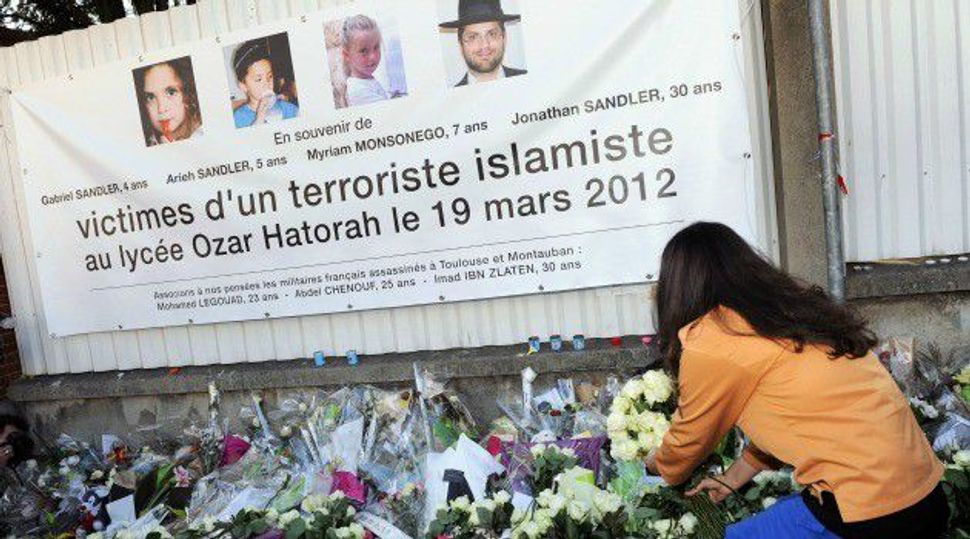 Makeshift memorial outside Jewish school in Toulouse after 2012 rampage. Image by gettyimages

Police evacuated a Jewish school in Paris in a bomb scare which coincided with the third anniversary of the slaying of four Jews in Toulouse.

The Leven high school in Paris’ 16th arrondissement was evacuated on Thursday and searched by police for explosives, the news site Jssnews.com reported, based on interviews with several parents.

After the pupils and faculty left the building, police dogs were brought in to sniff for explosives in classrooms, according to the report. The dogs did not discover any dangerous substances but security around the school was reinforced. The report did not say what triggered the evacuation.

The event coincided with commemorations for the victims of the March 19 shooting in 2012 at the Ohr Hatora school in Toulouse, where the Islamist fanatic

French Islamists have killed 12 people in attacks on Jewish institutions since 2012. Some of the attackers have returned from fighting with Islamist groups in the Middle East.