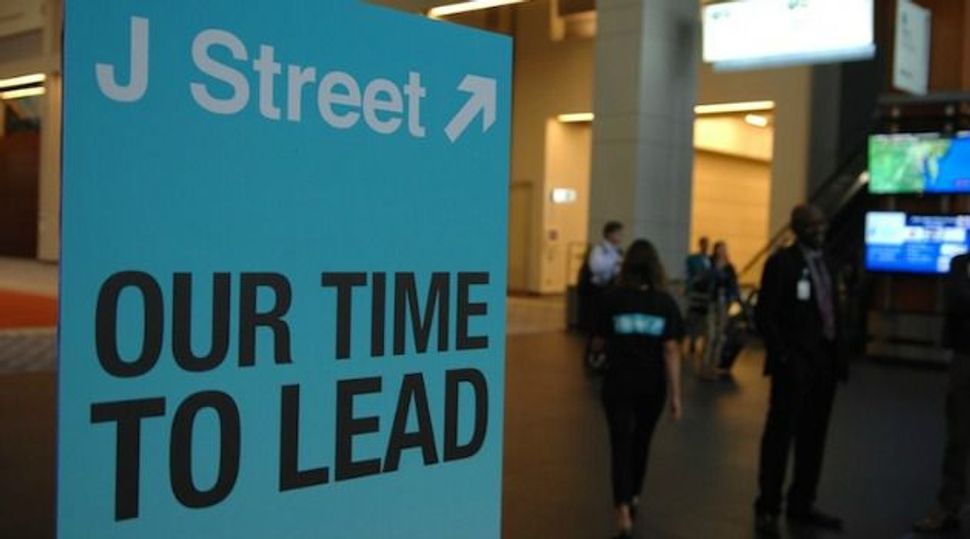 J Street announced McDonough as its speaker Thursday, three days before the start of the conference, which is expected to attract a record 3,000 activists, including 1,000 students.

McDonough’s appearance at the conference for the group, which is strongly critical of the policies of Israeli Prime Minister Benjamin Netanyahu, comes at a low point in ties between the Obama and Netanyahu governments.

Obama administration officials have sharply criticized aspects of Netanyahu’s campaign for reelection, including his repudiation of a two-state solution and his appeal to voters on election day Tuesday to head to the polls to counter the “droves of Arab voters.”

Netanyahu won a third consecutive term in the election and is about to launch coalition talks. President Barack Obama has yet to congratulate him, although John Kerry, the secretary of state, has done so.

Additionally, Obama and Netanyahu have clashed over Obama’s strategy to keep Iran from acquiring a nuclear weapon. Netanyahu opposes talks underway between Iran and the major powers, which Netanyahu says will leave Iran a nuclear threshold state.

The two-state solution will feature prominently at the conference, which will include lawmakers in the new Knesset who represent parties backing an outcome that features an Israeli and Palestinian state existing alongside one another.

Another featured speaker will be James Baker, the secretary of state under President George H. W. Bush who clashed with a right-wing predecessor of Netanyahu, the late Israeli Prime Minister Yitzhak Shamir. Baker is currently advising Bush’s son, Jeb Bush, the former Florida governor vying for the GOP nod for the 2016 election.

There will also be sessions on Iran and on J Street’s role in the wider Jewish community.

The conference comes as the group has staked out a niche backing liberal Democrats who tend to break from centrist pro-Israel Orthodoxy, but also a year after it failed to gain entry into the community’s foreign policy umbrella, the Conference of Presidents of Major American Jewish Organizations. Eric Fingerhut, the CEO of Hillel International, this month cancelled his appearance at the conference, under apparent pressure from donors.

“Our job is to fix the broken politics in the Congress and on the Hill and to contribute to the dialogue in American Jewish community,” Alan Elsner, J Street’s vice president for communications, said in an interview. “You can be seen as a lover of Israel without backing every single policy the Israeli government takes.”