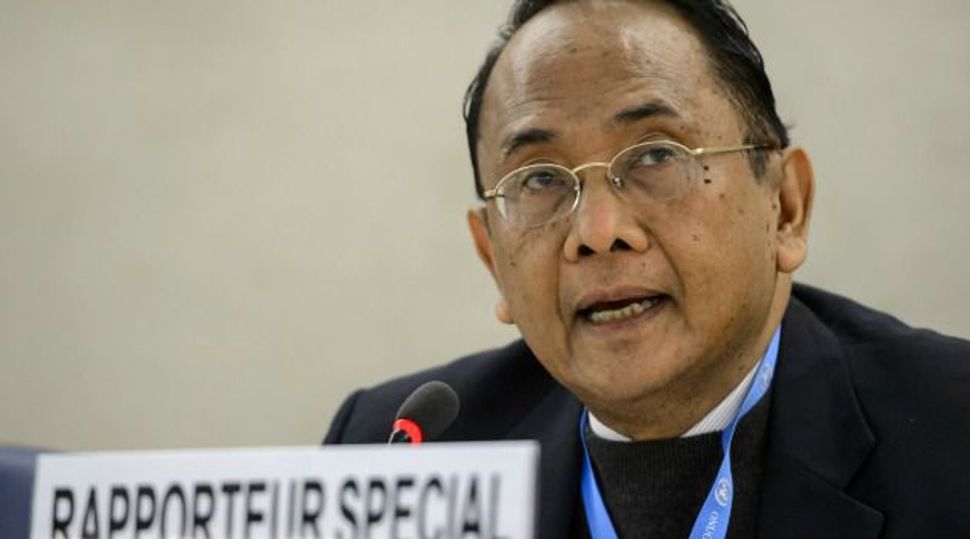 The European Union (EU) joined Palestinian and Arab delegations on Monday in calling on Israel to allow a U.N. human rights investigator to visit Gaza, while the United States and Israel snubbed the debate.

Israel has not cooperated with special rapporteur Makarim Wibisono, who presented his first report to the Human Rights Council based on interviews with people in Amman and Cairo, or witnesses on video calls in Gaza.

His report urged Israel to investigate the killing of more than 1,500 Palestinian civilians, one third of them children, during the 2014 Gaza war. Israel says it launched its offensive after rocket attacks by militants operating out of the Islamist Hamas-ruled strip.

“We call on Israel to grant access to the Special Rapporteur without delay,” EU policy officer Jerome Bellion-Jourdan told the Geneva forum.

The EU believed it was urgent to make “renewed, structured and substantial efforts towards peace” in the Middle East, he said. It was the first time in two years that the EU has spoken during the debate dedicated to Israel, known as item 7, in which the United States has refused to participate since March 2013.

“We don’t speak under item 7 because it’s an anti-Israel item… These resolutions are a demonstrated bias against Israel,” U.S. human rights ambassador Keith Harper told Reuters.

Prime Minister Benjamin Netanyahu’s allies acknowledged on Sunday that his election-eve disavowal of a Palestinian state had caused a rift with the White House, but blamed President Barack Obama’s unprecedented criticism on a misunderstanding.

Palestinian Ambassador Ibrahim Khraishi accused Israel of reneging on an oral diplomatic understanding to cooperate with Wibisono and grant him access to Palestinian territories.

Israel has imposed “an illegal and inhuman blockade on Gaza for over seven years,” he said. “This is collective punishment against 1.8 million Palestinians.”

Israel’s delegation boycotted the debate dominated by criticism of its practices including allegations of mistreatment of Palestinian children in Israeli custody, and the building of Jewish settlements in the West Bank.

Israel’s Foreign Ministry said the annual debate “negatively singles out Israel and Israel every year asks its friends on the council not to express themselves.”

Three weeks ago, U.S. Secretary of State John Kerry accused the council of being obsessed by allegations of Israeli abuses and said that Washington would defend Israel against efforts to isolate it.