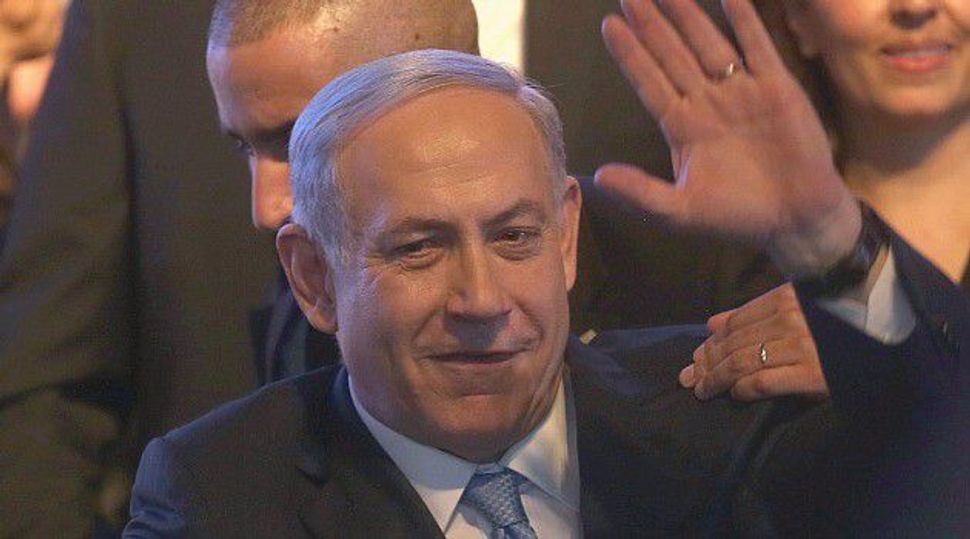 Israeli Prime Minister Benjamin Netanyahu said on Monday he regretted offending Israel’s Arabs during a rallying call on election day last week that his critics had denounced as racist.

In a video clip posted on his Facebook page, Netanyahu told representatives of Israel’s Arab community: “I know that the things I said a few days ago offended Israel’s Arabs. I had no intention for this to happen, I regret this.”

Fearing his voters would stay home, Netanyahu, who won a surprise election victory last Tuesday and is set to head a new government, accused left-wing organizations of bussing Arab-Israelis to the polls “in droves” to vote against him.

“The rule of the right is in danger,” he said at the time.

Speaking to the group of Israeli Arabs at his official residence in Jerusalem on Monday, Netanyahu said: “I consider myself as prime minister of each one of you, of all Israel’s citizens, regardless of religion, race or gender.”

While he got a warm reception from those present, his comments were rejected by Ayman Odeh, leader of the Joint Arab List, which secured 13 seats at last week’s election to become the third largest force in parliament.

“We do not accept this apology. It was to a group of elders and not to the elected leadership of Israel’s Arabs … I want to see actions, how is he going to manifest this apology? … will he advance equality?” Odeh told Israel’s Channel 10.

Israeli Arabs make up around 20 percent of the country’s eight-million-strong population.

They are descendants of residents who stayed put during the 1948 war of Israel’s founding, in which hundreds of thousands of fellow Palestinians fled or were forced to leave their homes, ending up in Jordan, Lebanon and Syria as well as in the occupied West Bank, Gaza Strip and East Jerusalem.