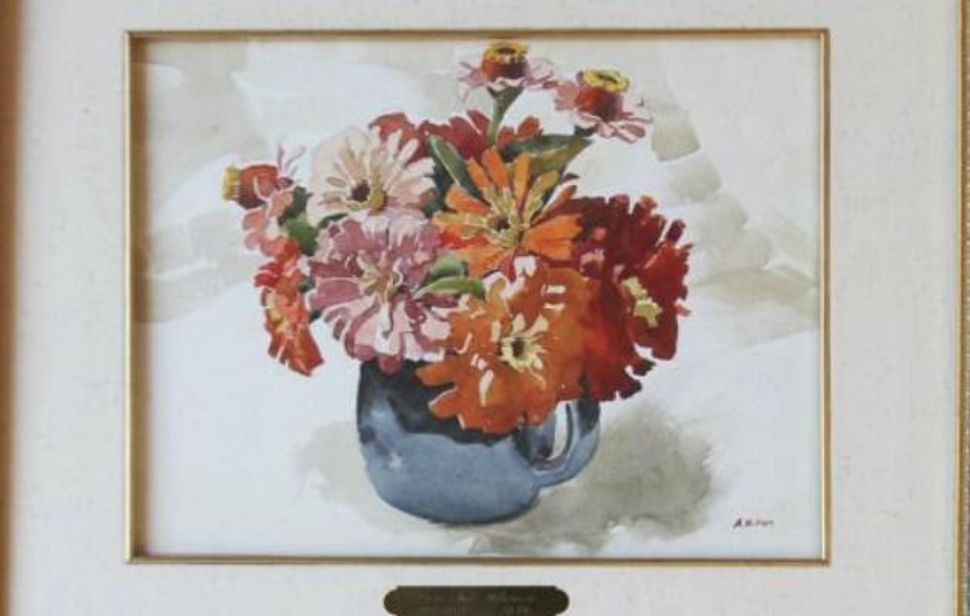 A Los Angeles gallery is auctioning a painting by Adolf Hitler, with an initial asking price of $30,000.

Hitler’s floral still life, painted in 1912 before he entered politics, will be auctioned on Thursday by the Nate D. Sanders gallery.

As a teenager and young man, Hitler unsuccessfully pursued an art career and was twice rejected from the Vienna Academy of Art.

Some of Hitler’s only artistic successes came at the hands of a Jewish art dealer, Samuel Morgenstern, who purchased several of the future Nazi dictator’s paintings, according to the New York Daily News.

During the Holocaust, Morgenstern’s gallery was seized by the Nazis, and he was deported to the Lodz ghetto, where he died in 1943.

The watercolor painting bears Hitler’s signature at the bottom right and has Morgenstern’s stamp on the back. According to the catalog description, the painting “is indicative of Hitler’s floral work, which isn’t as prolific as the architecture and Vienna street life scenes he did at the time.”

According to The Express newspaper of London, the Nate D. Sanders gallery has also auctioned off signed copies of Hitler’s “Mein Kampf,” selling one for $64,850 in 2014.