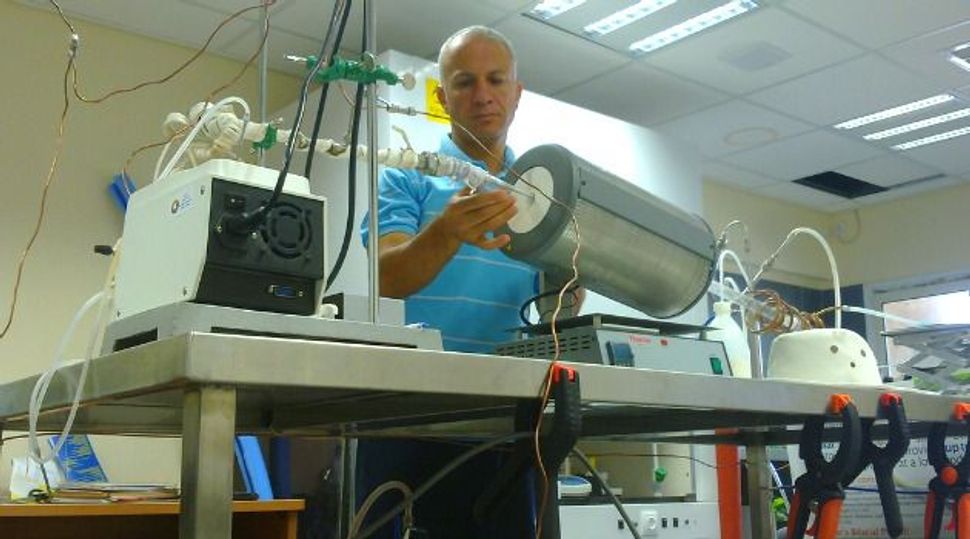 Tarek Abu Hamed in his lab at the Arava Institute. Image by Flickr

A Palestinian scientist from eastern Jerusalem has been named deputy chief scientist of Israel’s Ministry of Science, Technology and Space.

Tarek Abu-Hamed of the Sur Baher neighborhood of eastern Jerusalem, has become the highest-ranking Palestinian without Israeli citizenship in an official government post, according to the Times of Israel.

Abu Hamed does not hold Israeli citizenship. He has an Israeli identification number and permanent residency status, Haaretz reported.

Abu-Hamed received his bachelor’s degree in chemical engineering from Ankara University in Turkey and later studied for his post-doctorate at Israel’s Weizmann Institute of Technology in collaboration with the University of Minnesota.

He managed the Center for Renewable Energy and Energy Conservation at the Arava Institute for Environmental Studies in the Negev and was the head of the department for renewable energy at the Dead Sea and Arava Science Center. He began working at the Ministry of Science as a scientific manager in engineering two years ago.