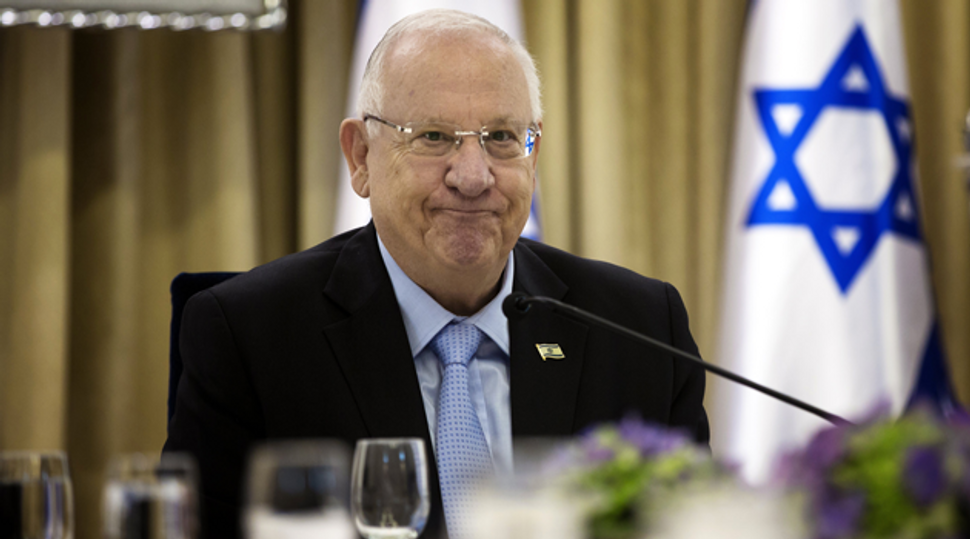 Israeli President Reuven Rivlin seemed to chide Benjamin Netanyahu for the prime minister’s Election Day comments about Arab-Israeli voters before tasking him to form the next government.

On Wednesday, Rivlin received the official results of last week’s national elections showing Netanyahu’s Likud with 30 Knesset seats to lead all parties. Shortly after receiving the results, Rivlin met with Netanyahu and tasked him with forming the new government.

“I see myself as the prime minister of all citizens of Israel, those who voted for me and those who did not,” Netanyahu said in accepting the charge. Netanyahu on Election Day had warned potential Likud voters to come to the polls because Arab voters were coming out in “droves.” Nearly 72 percent of Israeli voters turned out for the national balloting.

“A high voter turnout is the realization of democracy, and a blessing to democracy. How awful would it be, if the democratic duty to vote, were to be seen as a curse, or something from which to be warned off?” Rivlin said after being presented with the voting results by the Central Elections Committee chairman, Justice Salim Joubran. “One who is afraid of votes in a ballot box will eventually see stones thrown in the streets.”

Rivlin consulted this week with representatives of the other parties elected to the Knesset on who would be best to form a government. The president said he was giving the task of forming the government “to the candidate who received the recommendations of most of the members of Knesset — more than 61 lawmakers. That candidate will receive the first opportunity to form a coalition.”

Netanyahu will have 28 days to form a government, and can request a 14-day extension. He already has begun coalition negotiations with right-leaning parties.