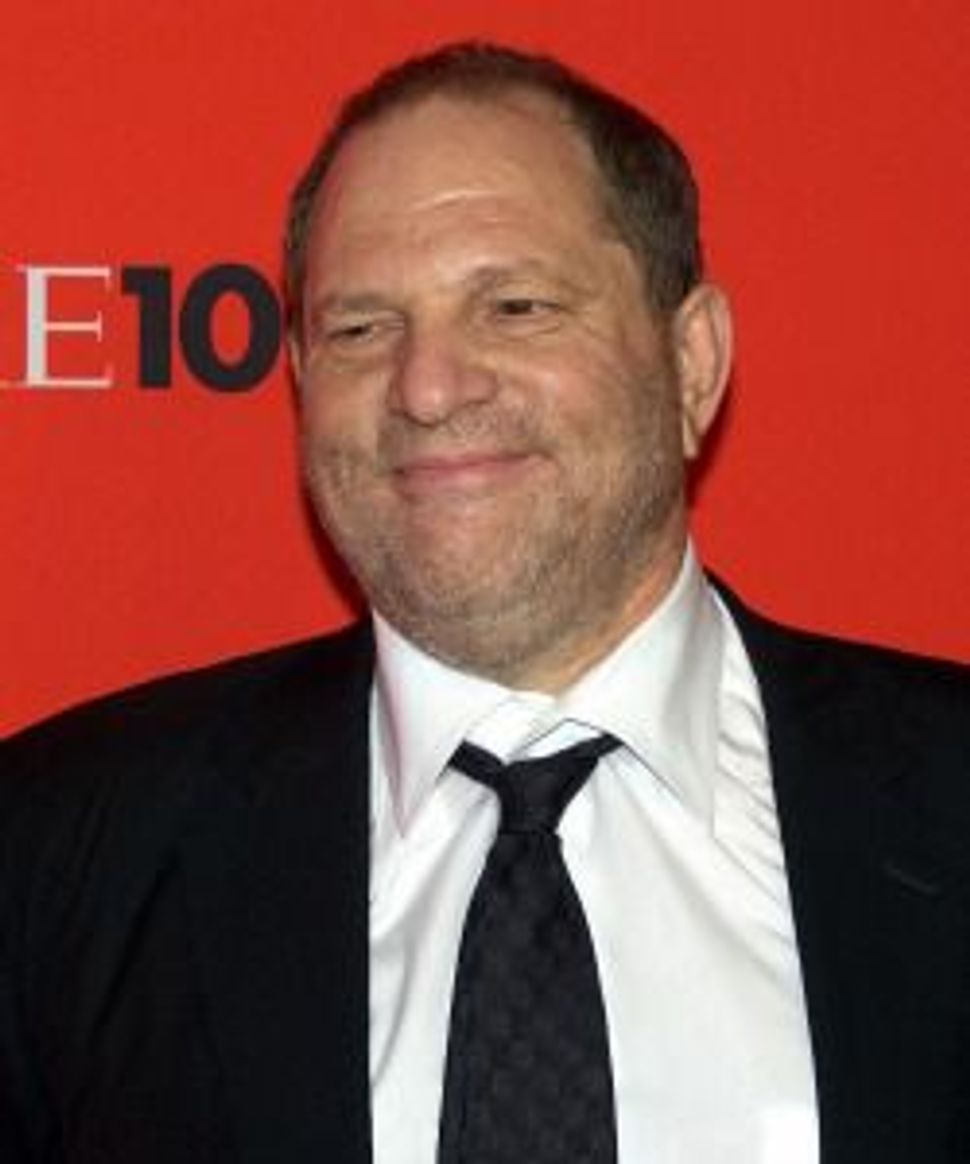 In a pugnacious speech to a gala dinner given by the Simon Wiesenthal Center, Hollywood producer Harvey Weinstein urged Jews to organize and fight back against anti-Semitism.

The famously combative Weinstein, who was being presented with the organization’s Humanitarian Award at its National Tribute Dinner on Tuesday night, announced to the attendees that Jews “better stand up and kick these guys in the ass,” according to The Hollywood Reporter.

Weinstein, who has produced a litany of hit films such as the Holocaust action movie “Inglorious Basterds” and “Pulp Fiction,” reportedly urged “understanding of our Arab brothers and our Islamic brothers” but also warned: “We can’t allow the bad guys to win. So, as they say in “The Godfather,” ‘back to the mattresses,’ and back to the idea that we will not ever forget what happened to us.

During the evening’s festivities, fellow Hollywood mogul Jeffrey Katzenberg also reportedly announced that the Wiesenthal Center had raised another $50 million towards the construction of its long-delayed and controversial Museum of Tolerance in Jerusalem. The project has been dogged by a litany of problems, including two architects who have resigned as well as long-running protests that museum is being partially built on top of the historic Muslim Mumilla cemetery.