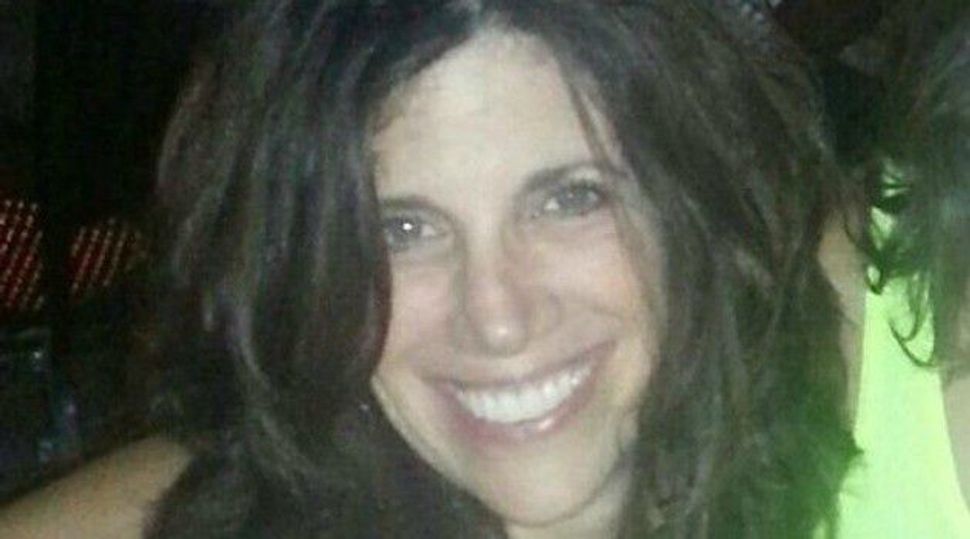 Ellen Brody, mother of 3, was killed in February when her SUV was struck by a Metro-North train. Image by Facebook

For the first time, the daughters of train crash mom Ellen Brody, who was killed when her SUV was struck in February’s gruesome Metro-North tragedy, are speaking out.

In a preview of their interview with Matt Lauer, they describe the night their dad came home, hours after the collision that also killed five men in the first car of the commuter rail, and delivered the heartbreaking news.

The three brave young women, Danielle, Julia and Alexa Brody,sit side-by-side in the Edgemont, N.Y. home their mom and writer husband Alan raised them in.

“He drives home and we see, like, two police cars right behind his car,” one of the three says.

A second sister says they were devastated and clung together for support.

“I remember that night we all slept together,” she tells Lauer. “It was hard.”

Brody was behind the wheel of her new Mercedes SUV when it inexplicably got struck by a railroad gate as it descended in Valhalla, N.Y., in Westchester County. Several witnesses have said she had plenty of time to back up or get off the tracks but failed to move.

Alan Brody, at his wife’s funeral, suggested she got confused that tragic night and was not familiar with the crossing.

He lamented that he couldn’t somehow rescue her that horrible night.

“I always tried to be there for her,” the author and journalist said at the service inside the 49-year-old woman’s beloved Chabad of the Rivertowns synagogue in Dobbs Ferry.

“I generally succeeded, but on that night, I wanted to be her superhero,” he said, according to The New York Post.

“Only God knows why I couldn’t be there to save her.”

Ellen Brody was heading home from her job in a jewelry store in Chappaqua when the collision happened.

She would have turned 50 today (Fri., March 27). Last night, at the Cutting Room in Manhattan, hundreds attended The Farewell to Ellen Memorial Concert in her honor.

Her husband wrote on the invite: “This is a moment to comprehend the tragedy that took Ellen and many others from us.”