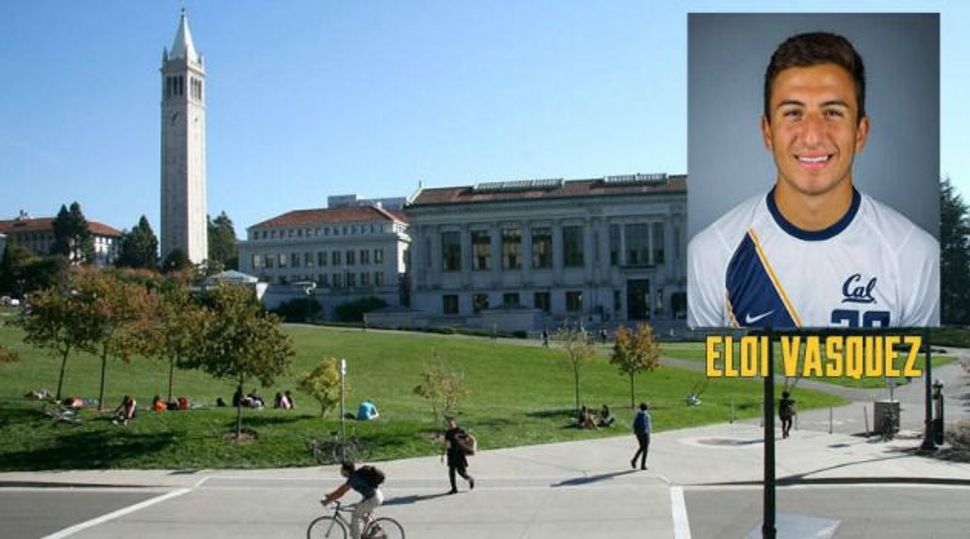 Image by u. of california

A University of California, Berkeley student reported missing over the weekend after a fraternity party at another campus was identified on Monday as the person struck and killed by a car in Los Angeles early on Saturday, police said on Monday.

Eloi Vasquez, a 19-year old freshman on the men’s soccer team, was last seen leaving the University of Southern California chapter of Tau Kappa Epsilon in Los Angeles early on Saturday after telling friends he wanted to go for a walk.

A $50,000 reward had been offered for Vasquez’s safe return.

Officer Tony Im, a spokesman for the Los Angeles Police Department, said the coroner’s investigators had identified Vasquez as the pedestrian who was struck at about 2:25 a.m. on Saturday while walking on the Interstate 10 freeway.

The accident took place about a mile from the USC campus.

“The family is understandably very distraught and has respectfully asked for privacy,” Im said.

The teen’s mother, Wendy Margolin, was quoted as saying Vasquez had telephoned a friend later that night to say he was lost.

“Everyone knows how responsible he is, how dedicated to school he is and he hasn’t contacted anyone since,” Margolin said before the news of his death broke. “Something is going on with him.”