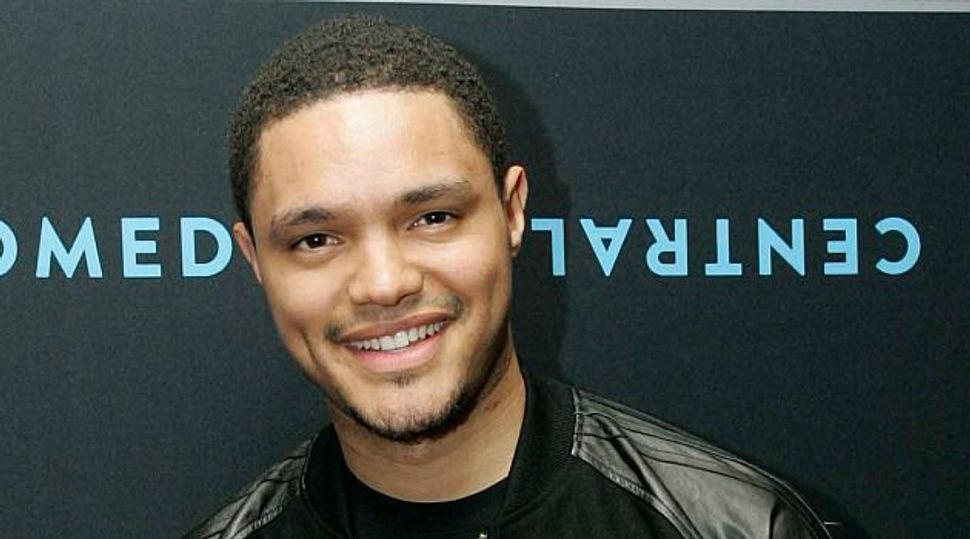 Two Jewish groups expressed their concerns over past social media posts by Trevor Noah, the choice to succeed Jon Stewart as host of “The Daily Show.”

Since his appointment was announced Monday by Comedy Central, Noah has come under fire for past tweets about Jews and Israel, including one from 2010 that read “South Africans know how to recycle like Israel knows how to be peaceful.”

In 2012, he tweeted that “Messi gets the ball and the real players try foul him [sic], but Messi doesn’t go down easy, just like jewish[sic] chicks.”

“B’nai B’rith is concerned about the long history of anti-Semitic, anti-Israel and misogynistic tweets by the new choice to host the popular comedy program, The Daily Show,” the organization said in a statement issued Tuesday. “We recognize that the platform The Daily Show provides its host is different from the stand-up comedy circuit, and we are hopeful that Noah will use this new and larger role responsibly on complex, sensitive issues.

“Entertainment cannot justify promoting hate and misinformation — and no group, including Israelis and Jews, should be considered fair game for bigotry.”

Noah, 31, who has over 2 million Twitter followers, was a surprise selection for “The Daily Show” post, as is he relatively unknown in the United States. He is a star in South Africa, where he has filmed four standup specials.

Noah made three appearances as a correspondent on “The Daily Show” since December before being named host.

In a statement, ADL National Director Abraham Foxman said that he hopes that “The Daily Show” remains “funny and irreverent without trafficking in bigoted jokes at the expense of Jews.”

“We welcome Trevor Noah to his new endeavor at ‘The Daily Show’ and wish him success. We need humor — perhaps now more than ever — and we hope that he will build on Jon Stewart’s great legacy,” Foxman said.