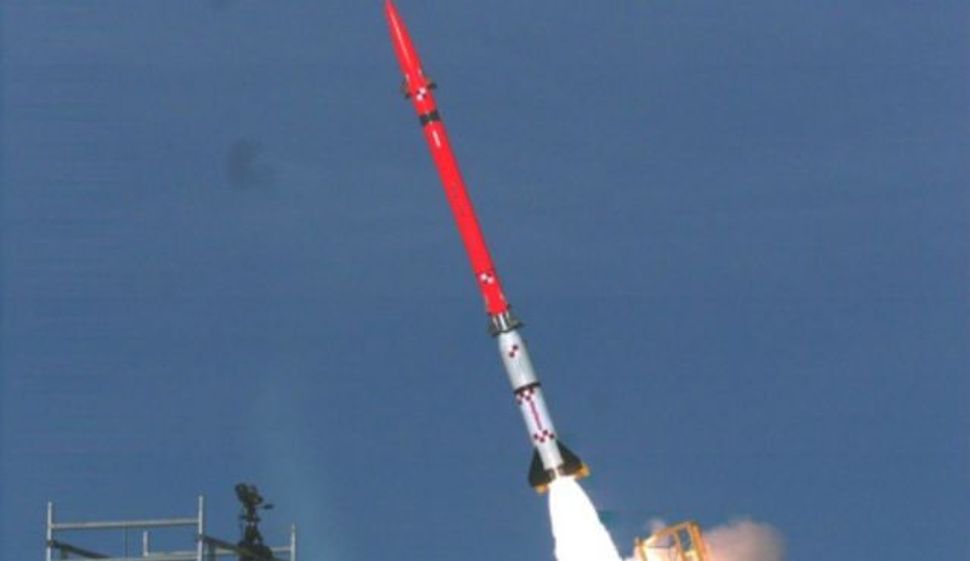 A new Israeli air defense system being developed in partnership with the United States has passed advanced tests, the Israeli Defense Ministry said on Wednesday, putting it on course for possible deployment by next year.

The terms of those talks have been vehemently opposed by Israel as insufficient and Prime Minister Benjamin Netanyahu said on Wednesday it was not too late for world powers to demand a “better deal.”

“In the Middle East there is no time to waste,” a senior Israeli defense official involved in the program told Reuters.

Designed to shoot down rockets with ranges of between 100 km and 200 km (63 miles and 125 miles), aircraft or low-flying cruise missiles, it will fill the operational gap between Israel’s Iron Dome short-range rocket interceptor and the Arrow ballistic missile interceptor, both already active.

Israeli officials last month asked U.S. lawmakers for $317 million in additional funding for David’s Sling and other Israeli missile defense programs, on top of $158 million in funding already requested by the Obama administration in its fiscal 2016 budget.

Last year, David’s Sling lost out on a Polish tender after Washington made clear to the Israelis that it preferred that a rival U.S. system win.

The latest tests were conducted under unusually strict secrecy, and had been rescheduled at least once.

Planners had considered holding one of the tests on March 3, hours ahead of Prime Minister Benjamin Netanyahu’s controversial speech at the U.S. Congress where he praised the Obama administration’s defense aid for Israel while rebuking its Iran negotiations.