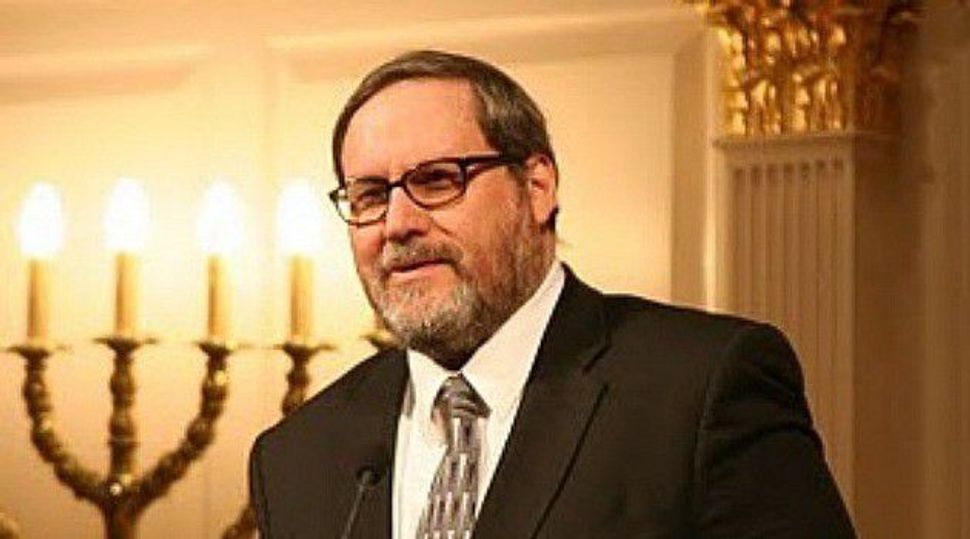 The estranged wife of Rabbi Barry Freundel, who pleaded guilty to secretly videotaping women in his Orthodox synagogue’s mikvah, spoke publicly for the first time since his arrest in October.

The Freundels signed a Jewish divorce agreement soon after his arrest, but they have not yet obtained a civil divorce, according to the Post. In her 90-minute talk, Sharon Freundel, director of Hebrew and Judaic studies at the Jewish Primary Day School of the Nation’s Capital, did not discuss herself or her estranged husband except to say, “As you all know, I’ve become an expert in PTSD. Researching this has been so therapeutic.”

However, the lecture addressed issues related to her husband’s crime, such as sex abuse and marriage, as they played out in Bible texts.

Rabbi Freundel, the longtime spiritual leader at Washington’s Kesher Israel and a leading expert on Orthodox conversion, pleaded guilty to 52 misdemeanor counts of voyeurism and is scheduled to be sentenced on May 15.

Describing Sharon Freundel’s lecture, one audience member told the Post that it was “elegant. It’s like giving a parable without having to give its meaning. Every syllable of it was happening at two levels.”