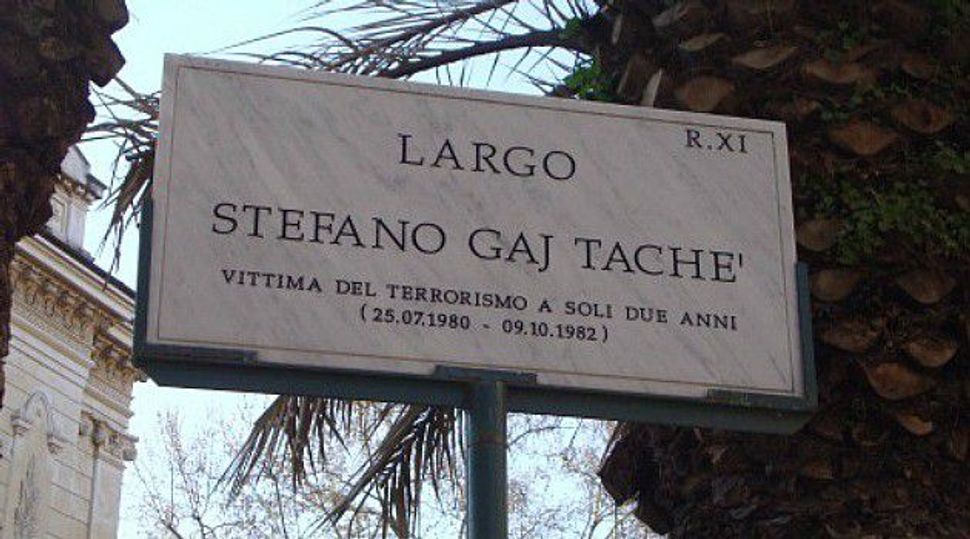 Italian President Sergio Mattarella, met the family of a two- year-old Jewish boy killed in the 1982 attack by Palestinian terrorists on the Great Synagogue of Rome.

The meeting took place Wednesday afternoon in Quirinal Palace, the official residence of the president.

Mattarella warmly welcomed the parents of Stefano Gaj Tache, Joseph and Daniela; the boy’s grandmother, Tina; his brother Gadiel, who survived to the attack; and representatives of Jewish Community of Rome. Among the guests was the president of Rome’s Jewish community, Riccardo Pacifici, and chief rabbi Riccardo Di Segni.

“Our country has paid, many times, in the not too distant past, the price of hatred and intolerance. I want to remember one name: Stefano Tache, killed in the cowardly terrorist attack on the synagogue in Rome. He was only two years. It was our boy, an Italian boy,” Mattarella said in February during his inaugural address before the Italian Parliament.