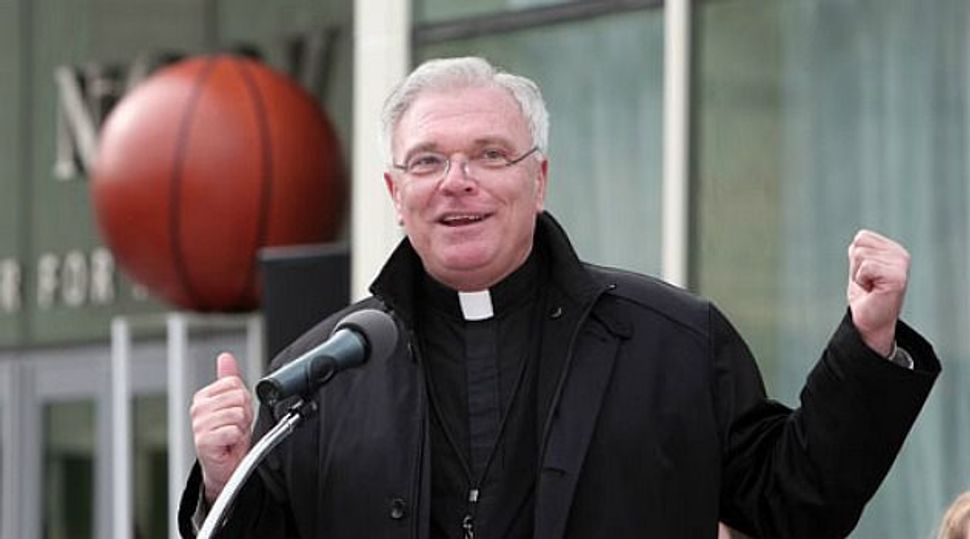 Image by loyola u.

Loyola University will not address the issue of divestment from Israel despite the student government’s passage of a resolution to divest from companies that do business with Israel, the university president said.

Loyola University President Father Michael Garanzini sent an open letter by email to students and the university community on Tuesday morning that said: “The University is not interested in taking up the matter of divestment in this instance.”

The letter called the process of passing the resolution divisive and said it “pits student against student.”

It is the first time the president of the university has ever written an open letter of such a political nature, the student newspaper the Loyola Phoenix reported.

The vote on March 26 was 15 to 15, with two abstentions. The speaker of the student senate broke the tie with a vote in favor of the resolution. The voting was anonymous due to fear of reprisals.

The companies named in the resolution are Caterpillar, United Technologies Co., Raytheon and Valero.

In an open letter in response to Garanzini’s, student body president Flavio Bravo wrote: “As of today, we as students of Loyola University Chicago must come to face the reality that the university will not divest from these four, listed, private corporations anytime soon. But, with this measure that has now passed three times, the university must now face the reality that this is what students want and what they believe is best. Having sincerely discerned all of this, I am proud to endorse this measure.”

The Loyola Student Government passed a divestment resolution in March of 2014, but the resolution was vetoed by the student body president. The university also issued a statement at the time that it would not adopt the student’s divestment proposal if passed.