Fans of a Bosnian soccer team chanted anti-Semitic epithets in Vienna prior to a match with the Bosnia-Herzegovina team.

The some 50 fans wearing team colors were seen in a video on YouTube among several dozen pro-Palestinian demonstrators at a central city plaza during a Tuesday protest, the Austrian newspaper Der Standard reported on Friday.

The fans chanted “Kill, kill the Jews,” the newspaper reported.

Australian police are investigating the incident, according to Der Standard. 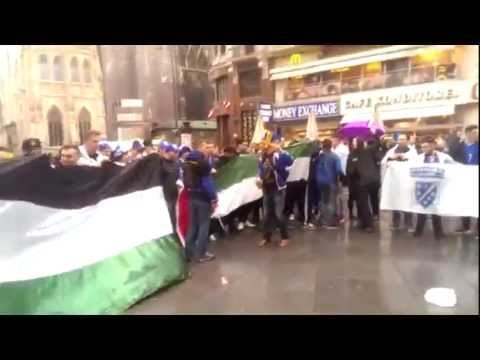