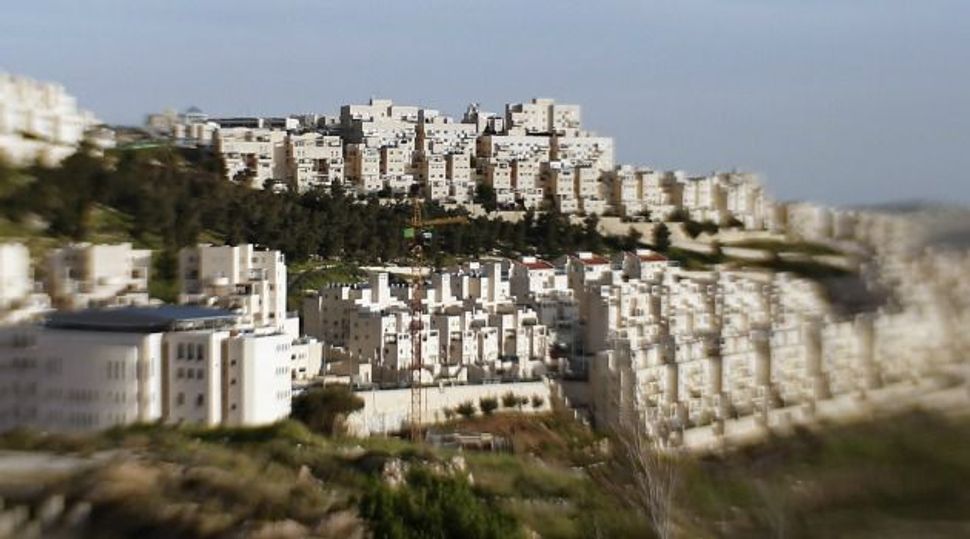 (Reuters) — A day before his surprise election victory last month, Israeli Prime Minister Benjamin Netanyahu stood against the backdrop of a construction site in Har Homa, a towering settlement in the occupied West Bank, and pledged to go on building.

The next week, however, his office ordered local authorities to put the brakes on plans to erect hundreds of new homes at Har Homa, a settlement Netanyahu authorized in 1997 during his first term in the face of fierce international opposition.

It was an example of the tightrope Netanyahu walks between his political allegiances and the international community, whose faith in his commitment to a two-state solution with the Palestinians – including a halt to settlement-building – is wearing thin.

About to begin his fourth term, likely this time at the head of a heavily right-leaning coalition, Netanyahu will be watched closely, at home and abroad, for any moves on settlements, after he ruled out any future Palestinian state before the poll.

He backtracked on the pledge, but international suspicion remains over his commitment to a two-state solution that was at heart of U.S.-sponsored peace talks that collapsed last year.

“There’s an increasing distrust of him, that he might say certain things and is either unable to make a decision to take things forward or isn’t really committed,” said an EU diplomat.

Palestinians, who want to establish a state in the occupied West Bank, East Jerusalem and the Gaza Strip, say the settlements – deemed illegal under international law – deny them contiguous territory.

According to the Israeli Central Bureau of Statistics, Netanyahu’s centrist predecessor Ehud Olmert began construction of 5,120 homes in West Bank settlements between 2006 and 2008. That is 241 units more than Netanyahu’s governments started building between 2011 and 2013.

But in a report published in February, Israeli anti-settlement group Peace Now said 2014 may have been a turning point, with Netanyahu’s government setting a 10-year record for the number of tenders issued for settlement construction – a step before actual building. Construction starts for 2014 increased by 40 percent over the previous year.

The problem, according to Peace Now, is not just how much is built, but where. Netanyahu’s predecessors had kept construction going mostly in settlement blocs on the edge of the West Bank which Israel says it intends to keep in any peace deal.

“In the past few years, the government has been building a lot, particularly in those areas, and I expect this to continue,” Ofran said.

Construction there could potentially split the West Bank and also cut Palestinians off from East Jerusalem, which they seek for their capital.

“We have a particular view on certain red lines, Givat Hamatos and E1,” the EU diplomat said.

What, if anything, the West would do about building in such places remains a question, but the Europeans have talked about sanctions or retaliatory measures based around the EU’s trade agreement with Israel.

Settlers say Netanyahu’s reticence is tantamount to a “quiet freeze” – and they want that to end.

Israeli officials confirmed that overall, the planning process for new building projects in settlements, which goes through various stages of approval, has slowed.

But settler leader Danny Dayan said Netanyahu will have to accommodate the demands of the pro-settler Jewish Home party, a likely coalition partner, to build more if a new government is to survive.

Jewish Home advocates annexation of most the West Bank, a policy Netanyahu has not supported. Another likely ally, the far-right Yisrael Beitenu party, wants to trade some Arab towns in Israel for West Bank settlements.

More than 500,000 Israelis live on occupied land in East Jerusalem and the West Bank, among 2.8 million Palestinians. In the West Bank alone, the number of settlers has more than doubled since 1995 to over 350,000.

In his election eve speech at Har Homa, Netanyahu expanded on the traditional arguments for settlements based on Jewish history and Israeli security needs, and in effect confirmed Palestinian accusations the enclaves are built as a land grab.

“There was a Palestinian attempt to join Bethlehem, to break through into Jerusalem. I thought we must protect the southern gateway to Jerusalem by building here. There was huge objection, because this neighborhood is in a location that prevents Palestinian contiguity,” Netanyahu said.

Though the West has shown a degree of tacit consent to Israel building in blocs it might retain, Palestinians see all settlement construction as cause for alarm.

“These deliberate and premeditated violations present a challenge to the United Nations, European Union and United States if they are to prevent the final demise of the global rule of law and hence the achievement of a just peace,” Palestinian official Hanan Ashrawi said.

In Mitzpe Kramim, a settlement perched on a hilltop overlooking the Jordan Valley, men were praying at dusk while their wives sat watching children play on the grass.

“The people of Israel and Judaism began here,” said Doron Leshem, 37, who lives there with his wife and five children, along with some 40 other families.

“We are here to fulfill a destiny. This is mine. Like the vines growing here, we cannot grow anywhere else. Judaism cannot thrive elsewhere,” he said as the day’s last rays of sun shone through the community’s nearby vineyard.