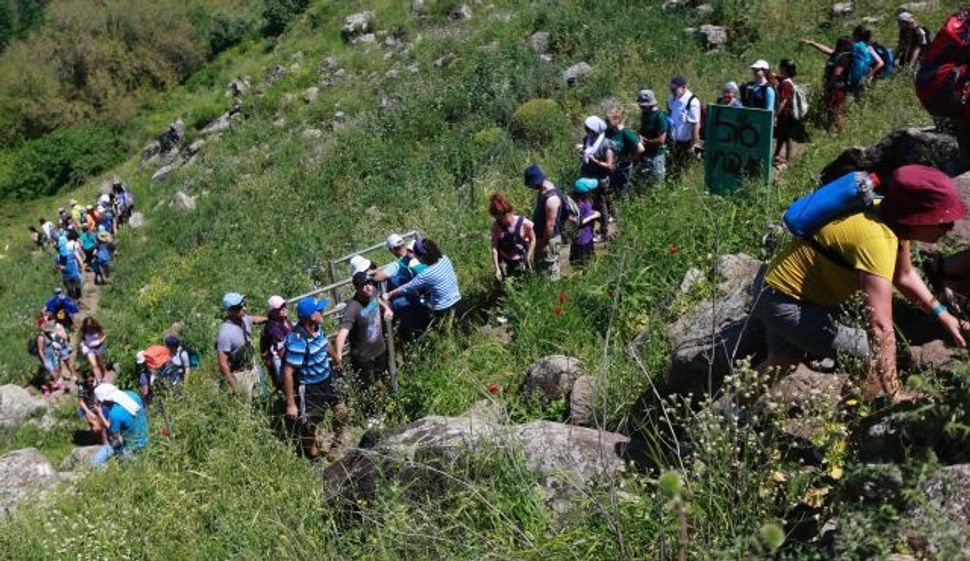 Visitors to a public park in Israel were turned away because they carried food that was not kosher for Passover.

The security guard at the entrance to the park in Afula, in northern Israel, was checking visitor’s bags for weapons and for chametz, according to reports.

Visitors found to have chametz in their bags were not allowed into the park. Several ate their sandwiches outside the park before gaining entry.

“The Afula municipal park is a public facility that serves the residents of the city and its environs, and so the public is asked to refrain from bringing chametz into it during the holiday, as is customary in many other public institutions,” the municipality said in a statement.

Israeli law prohibits the display and sale of chametz during Passover. Chametz also is prohibited in hospitals and other public institutions.

Barak Avivi, a Tel Aviv attorney, told Haaretz that he was considering filing a class-action lawsuit with the municipality on behalf of those who were turned away for having chametz with them.