Dutch Author Says His Aunt May Have Betrayed Anne Frank 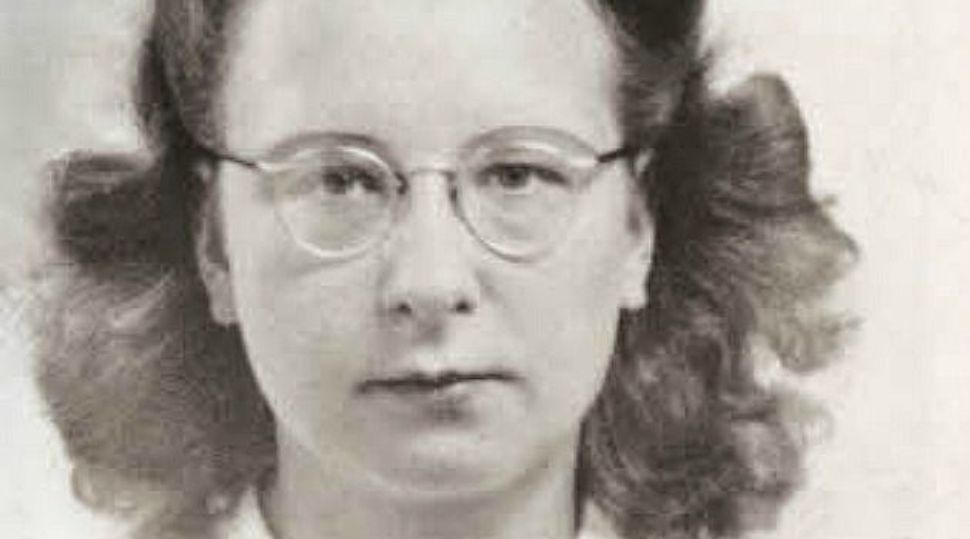 Elisabeth Voskuijl was a Dutch resistance activist. Did her sister betray Anne Frank to the Nazis? Image by wikipedia

A Dutch author published a book alleging that his aunt may have told Nazi authorities where to find Anne Frank and her family.

The allegation appeared in a biography that was published Tuesday about the Dutch resistance activist Elisabeth “Bep” Voskuijl.

The book, coauthored by Voskuijl’s son and the Flemish journalist Jeroen De Bruyn, explores the possibility that one of Elisabeth Voskuijl’s sisters, Nelly, was a Nazi collaborationist who may have revealed the whereabouts of the hideout where her sister was helping the Franks hide.

Elisabeth Voskuijl was a typist who worked for Otto Frank, Anne’s father, and helped the resistance fighter Miep Gies care for the Franks during their two years in hiding.

The information about Nelly Voskuijl came from testimonies by another sister, Diny, and Bertus Hulsman, who was Elisabeth Voskuijl’s fiance during the war.

According to the new book, Nelly Voskuijl served as a Nazi collaborator for four years, until she was 23.

“The painful but evident conclusion is that we can add her to the long list of suspects” in the betrayal of the Franks to the Gestapo, the authors wrote in the Dutch-language book titled “Bep Voskuijl, Silence No More.”

The identity of the person who gave up the Franks has remained a mystery that prompted much speculation after the 1947 publication of Anne Frank’s wartime diary, which she wrote among other works during her two years in hiding in Amsterdam.

An international best-seller, the diary made her one of the world’s best-known Holocaust victims.

Elisabeth Voskuijl died in 1983 at the age of 63 from kidney disease. Though she generally declined to give interviews about her time in the resistance, she remained in contact with Otto Frank – the only member of the family to have survived the Holocaust – after the war. Nelly Voskuijl died in 2001.

Dutch Author Says His Aunt May Have Betrayed Anne Frank