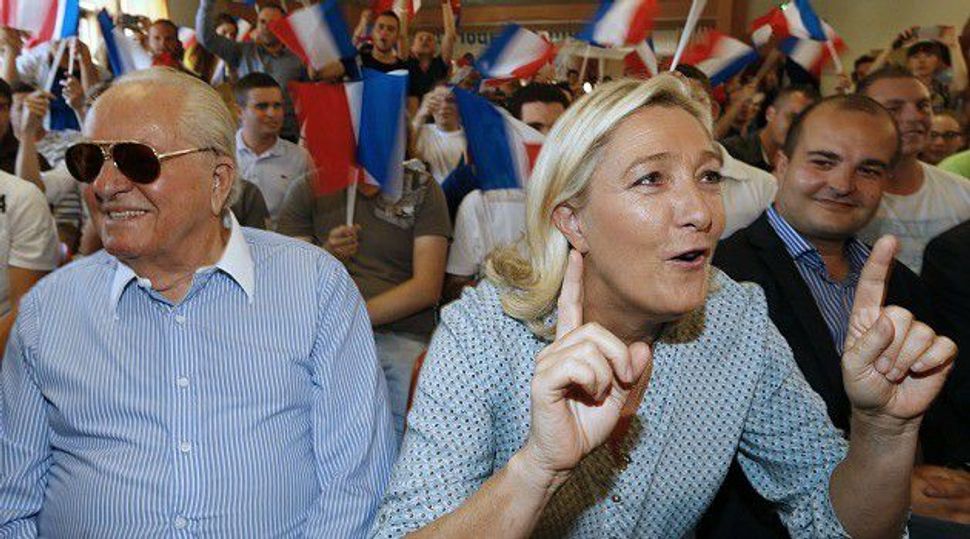 French National Front founder Jean-Marie Le Pen accused his successor and daughter Marine of betrayal over her criticism of comments for which he was convicted of inciting racial hatred, and insisted he would run in regional elections this year.

His remarks, made in an interview with a far-right newspaper, could embarrass Marine le Pen as she seeks to widen the anti-immigrant National Front’s appeal ahead of an expected bid for the French presidency in 2017.

The two clashed a week ago over 86-year-old Jean Marie le Pen’s defense of past comments describing Nazi gas chambers as a “detail of history,” for which he was convicted and fined.

Asked by far-right weekly Rivarol what he thought about the condemnations by Marine Le Pen and other party members of his comments, he said: “You’re only betrayed by your own.”

Contacted by Reuters, Le Pen confirmed he had given the interview and said, “You should expect anything these days.”

Since taking over from her father in 2011, Marine Le Pen has tried to rid the rightist, eurosceptic National Front of its anti-Semitic image and make it more palatable to mainstream French voters as she eyes the next presidential election.

Asked if he still wanted to run for the presidency of the southeastern Provence, Alps and Cote d’Azur region in regional elections at the end of this year after National Front members appeared to question that possibility, Le Pen said:

“I am a candidate to kick out the Social-Communists. Let me remind you that I gathered more than 33 percent of the votes in European elections in the Provence region less than a year ago.”