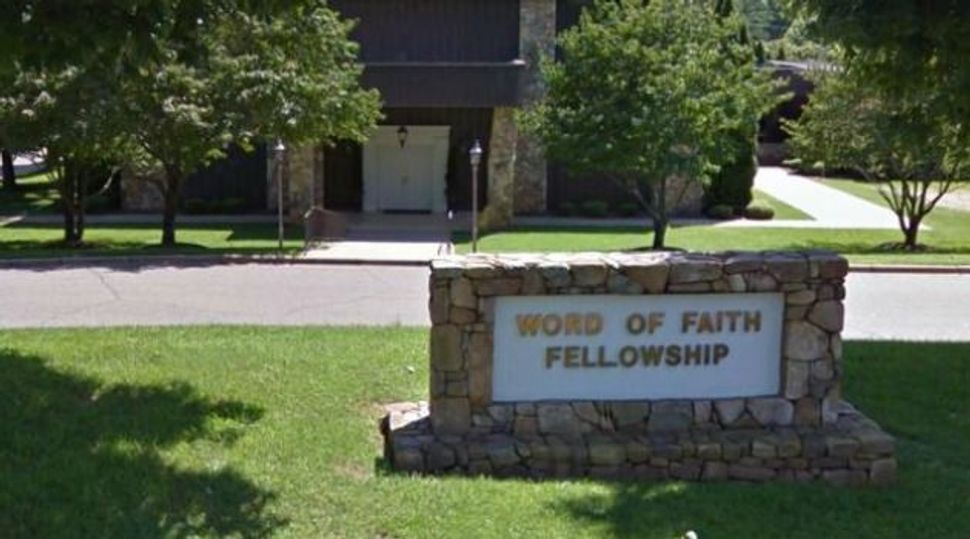 Jewish leaders in Florida’s Brevard County said they have removed their support from a children’s Holocaust art exhibit over its sponsorship by a controversial church.

Sixteen community leaders signed an open letter saying that they were pulling their backing for the Children’s Holocaust Museum exhibit set to open later this month at the Space Coast Convention Center in Cocoa. The exhibit, made up of over 600 pieces of student-created art, was created and promoted under the direction of the Word of Faith Church of Spindale, N.C.

Five members of the church were indicted several months ago on charges that they kidnapped and beat a gay man.

“The abuse and persecution of anyone based on race, sexual orientation or religion is not acceptable to us,” the letter said.

The letter is signed by local rabbis, the heads of several local Jewish and Christian organizations, and the Jewish Federation of Brevard, which is located on the east Florida coast.

“We support the children that have created this Holocaust exhibit, and it is important to educate the community about the atrocities of the Holocaust; however, we feel it would no longer be appropriate for us to support this event in light of what we have learned about the Word of Faith church,” the letter said.