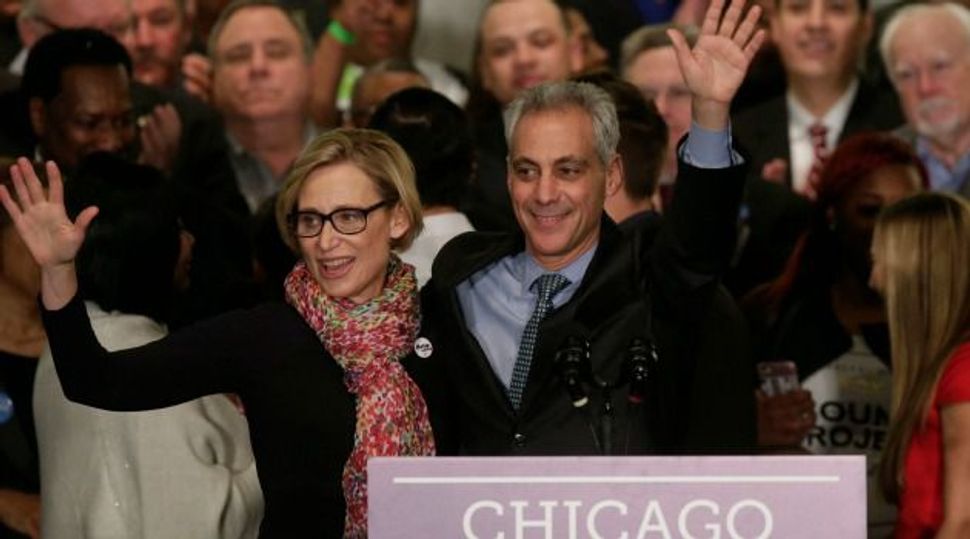 (Reuters) — Chicago Mayor Rahm Emanuel tried to show a softer side during his successful battle against challenger Jesus “Chuy” Garcia, but political observers doubt his sometimes abrasive style will change much as he struggles with the city’s mounting fiscal problems.

Emanuel, former aide to President Barack Obama, won re-election on Tuesday in the city’s first-ever mayoral runoff. He spent millions of dollars on re-election, some of it to rehabilitate an image for a hard-edged, top-down style.

After Emanuel failed to get more than 50 percent of the vote in the Feb. 24 first round of voting, he appeared in TV ads in a sweater, instead of his usual business suit, and admitted he sometimes rubs people the wrong way.

Now observers of Chicago politics are wondering how much Emanuel – who said Tuesday he will be a better mayor because of the election – can change.

“The mayor is who he is,” said Paul Green, political science professor with Roosevelt University. “I think he’s sincere when he says he’ll listen more, but I don’t think it will change much.”

Political consultant Don Rose, a Garcia adviser, said Emanuel is both the “ultimate pragmatist” and the “ultimate egoist,” so it is tough to say what lessons he will take from the election. One change Emanuel will need to make is his reputation as anti-union, Rose said.

Garcia had criticized Emanuel for closing 50 public schools, a high crime rate, and a perceived affinity for wealthy donors over the general public.

Emanuel argued he has made tough decisions for the nation’s third-largest city. In his second term, Emanuel faces contract talks with a hostile teachers’ union, a budget-cutting Republican Illinois governor and ballooning pension payments.

Chicago faces a deficit expected to grow to $1.2 billion next year, and Emanuel could call for more union concessions and possibly higher property taxes.

Early in his political career, Emanuel sent a pollster a dead fish, but challenges in the next term will force him to act with more finesse, said William Brandt, head of restructuring firm Development Specialists. “It’s great to be the hard guy sending people dead fish in newspapers,” said Brandt. “They’re looking for a leader. Be a leader, not the hard guy.”

“I think we’ll see a softer Rahm at first but it remains to be seen what he does behind closed doors,” Jurado said.