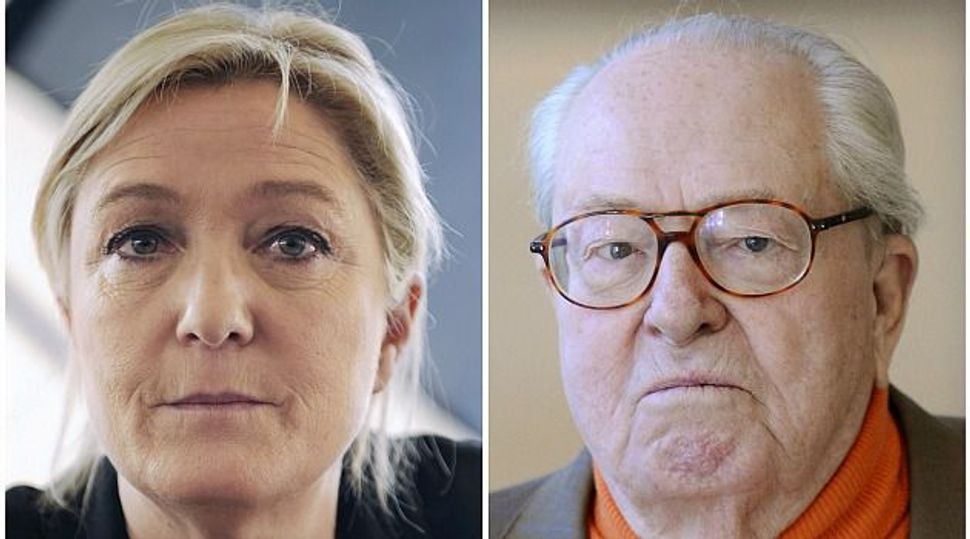 (Reuters) — French National Front founder Jean-Marie Le Pen rejected on Friday a call from his daughter, the party’s leader, to leave politics over comments he made that she fears will hurt her push to widen the right-wing party’s appeal.

Marine Le Pen said on Thursday she would seek disciplinary action against her father after the 86-year-old was quoted this week calling France’s Spanish-born Prime Minister Manuel Valls “the immigrant.”

He also defended Philippe Petain, the leader of the war-time government that cooperated with Nazi Germany. Last week he defended a past comment that Nazi gas chambers were a “detail of history.”

Asked on RTL radio whether he would stay in politics, he said: “Obviously – I’m a politician.”

The anti-immigrant party has seen its popularity rise since Marine Le Pen took over from her father in 2011 and has sought to broaden its appeal by trying to shake off the party’s anti-Semitic image.

It has won outright control of some city councils and some of its officials have been elected to regional councils while polls suggest Marine Le Pen could make it into a second, run-off round of presidential elections in 2017.

Jean-Marie Le Pen said he would fight any disciplinary action by the party’s leadership and would seek the party’s candidacy for the presidency of the southeastern Provence, Alps and Cote d’Azur region, a move his daughter opposes.

Le Pen, who is the party’s honourary president, is loathe to see it dilute the anti-establishment image that he nourished for decades. “Madame Le Pen is blowing up her own party,” he said.