Suspect Arrested in Murder of Israeli Man in Berlin 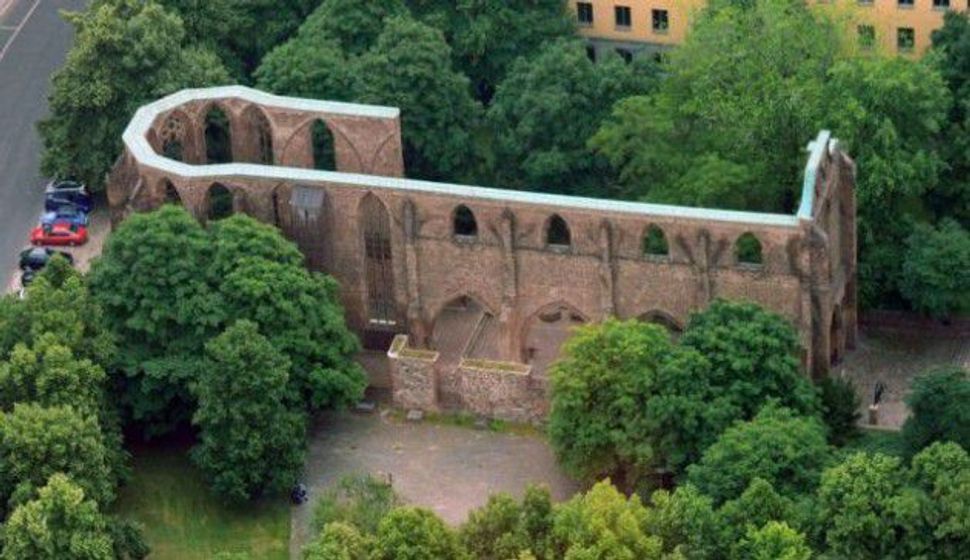 An aerial view of the Berlin church where a beaten body bearing an Israeli passport was found. Image by Wikipedia

An Albanian man was arrested in connection with the murder of an Israeli man in Berlin.

The Albanian man was arrested late Friday in the Czech Republic near the German border. Germany will seek to extradite him, the Associated Press reported.

The Israeli man, who was identified as 22-year-old Yossi Damari days after his body was found a week ago on April 5 amid the rubble of construction being done at a Berlin church, reportedly checked into a hostel on the day before he was murdered.

Damari reportedly had visited Israel’s embassy in Berlin in the days prior to his murder requesting financial help in order to return to Israel. He also reportedly had asked the Jewish community for food and a place to sleep.

The Chabad rabbi in Berlin, Yehuda Teichtal, told the NRG news website that Damari was supposed to have attended Seder at the local Chabad house but never showed up.

Damari’s body, discovered with his passport, was so badly beaten that it was difficult to make a positive identification.

Berlin Prosecutor Martin Steltner told German media that neither robbery nor nationalism appear to be motives in the killing.

Suspect Arrested in Murder of Israeli Man in Berlin