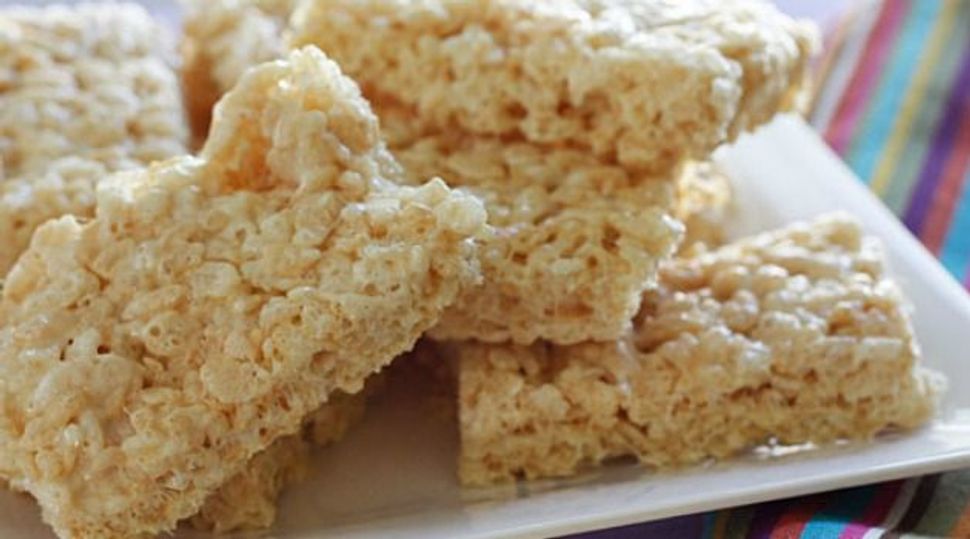 University of Wisconsin-Madison students said on Sunday they have completed a Rice Krispies cereal treat weighing more than 5-1/2 tons they hope will be entered into Guinness World Records.

The treat, born out of a dorm room dare of sorts, measured 10 feet by 10 feet by 6 1/2-feet tall, with a preliminary weight of 11,327 pounds, according to Cream City Scale of Madison, which was on hand to weigh the dessert.

The colossus made by combining Rice Krispies cereal, marshmallows and butter was more than 1,000 pounds heavier than a 10,314 pound Rice Krispies treat made in California in 2010 that is recognized by Guinness World Records.

The students had been aiming for a 15,000 pound dessert and manufacturers had donated 9,000 pounds of marshmallows, 5,500 pounds of Rice Krispies and 900 pounds of butter for the effort.

Danny Lerner, one of the organizers, said Sunday he was pleased with the results after challenges posed by raw weather and warping in the wooden mold used to make the treat. The dessert is being chopped up to raise money for Wisconsin charities.

“We had an ambitious goal and we succeeded,” Lerner said, adding that extra cereal will be donated to food pantries or other organizations that will accept them.