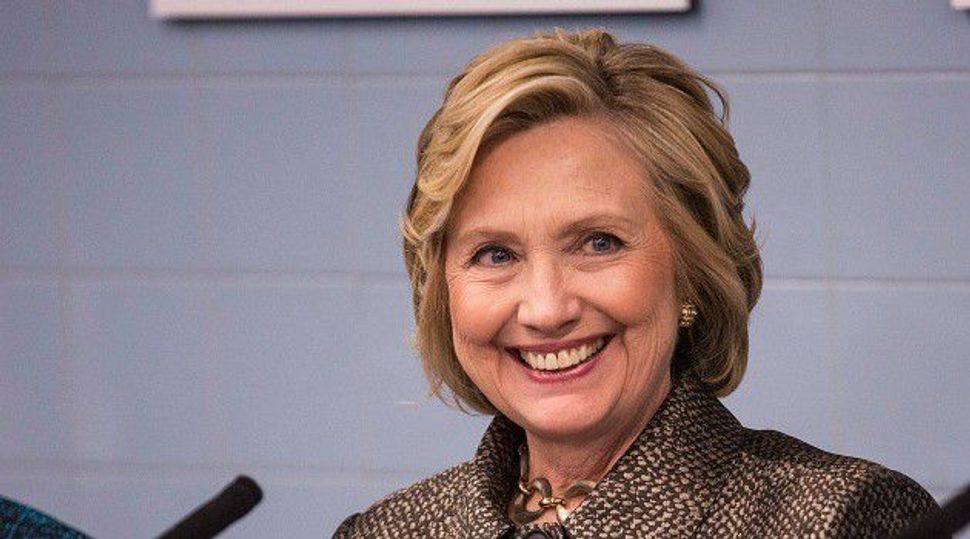 Clinton, the former secretary of state, U.S. senator and first lady, entered the 2016 presidential race on Sunday afternoon with a two-minute video posted on her campaign website and on YouTube. She is seen as the prohibitive favorite to win the Democratic nomination.

The video dealt mostly with Americans facing tough economic times and the aspirations of middle-class Americans.

“Everyday Americans need a champion. I want to be that champion,” Clinton said at the end of the video. “So I’m hitting the road to earn your vote. Because it’s your time. And I hope you’ll join me on this journey.”

Clinton, who served as secretary of state under President Barack Obama in his first term, reportedly will head to Iowa and New Hampshire, the sites of the first primaries. While serving as a senator from 2001 to 2009, she lost the Democratic nomination to Obama in 2008.

In December, during the Saban Forum in Washington — an annual forum of Israeli and American leaders — Clinton endorsed Obama’s positions on talks with Iran and a two-state solution for peace between Israel and the Palestinians.

“Nobody can argue with the commitment of this administration to Israel’s security,” she said at the forum.

In a late March conversation with Malcolm Hoenlein, executive vice chairman of Conference of Presidents of Major American Jewish Organizations, Clinton said that the relationship between the United States and Israel should return to a “constructive footing.” The ties have frayed of late over the nuclear framework agreement signed by world powers, including the U.S., and Iran over the latter’s nuclear program as well as Israeli Prime Minister Benjamin Netanyahu’s speech before Congress deriding Obama’s policy on Iran.

“Secretary Clinton thinks we need to all work together to return the special US-Israel relationship to constructive footing, to get back to basic shared concerns and interests, including a two-state solution pursued through direct negotiations between Israelis and Palestinians,” Hoenlein said in a statement regarding the conversation.

“We must ensure that Israel never becomes a partisan issue,” he also said, citing Clinton.

Hillary Clinton was First Lady when her husband, Bill Clinton, was president from 1993 to 2001.