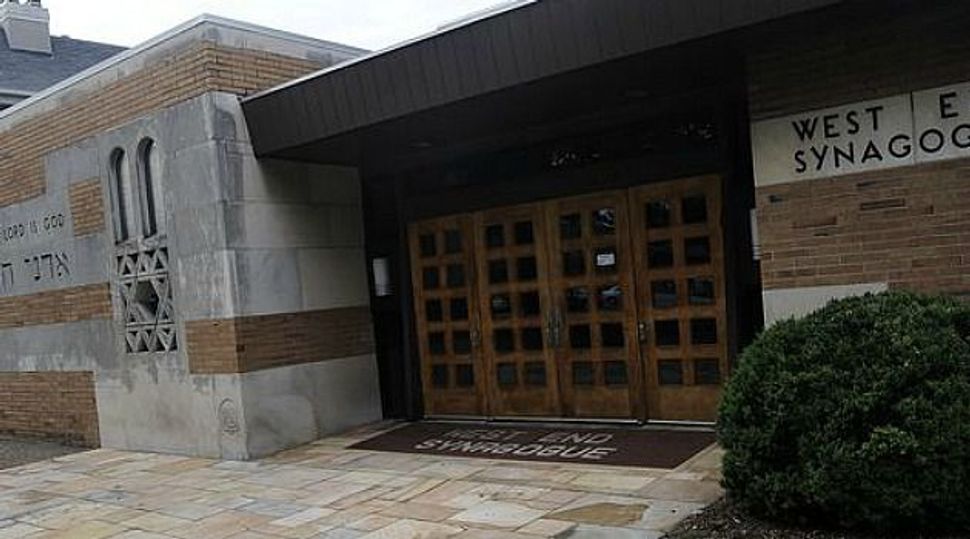 No one was injured when shots were fired outside a Nashville synagogue.

The shots were fired outside the West End Synagogue on Monday morning, according to The Tennessean.

Police identified at least one bullet hole between two windows at the front of the building.

The shooting outside the 400-member Conservative congregation occurred hours before a Holocaust memorial ceremony at the Tennessee State Capitol in Nashville.