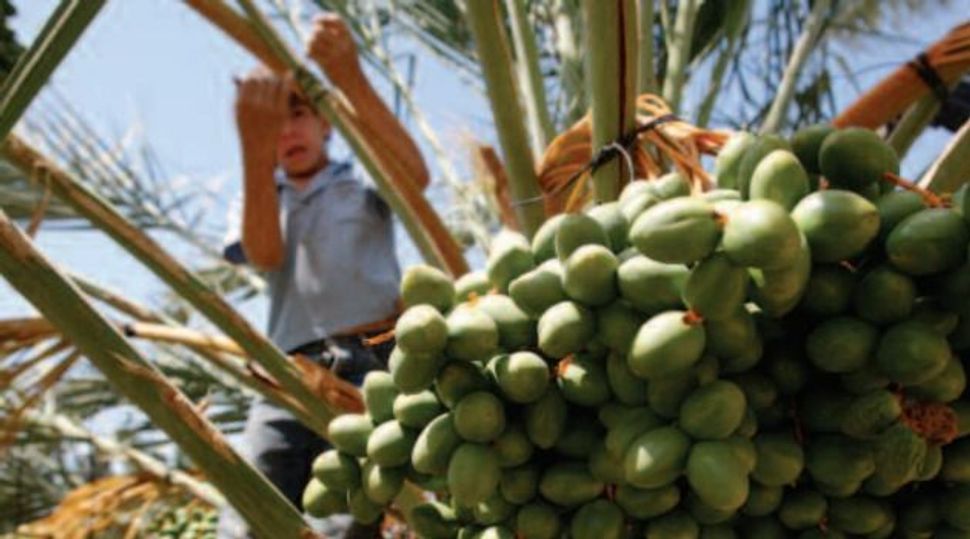 In its 74-page report, “Ripe for Abuse: Palestinian Child Labor in Israeli Agricultural Settlements in the West Bank,” Human Rights Watch asserted that Palestinians as young as 11 labor on the farms in unsafe conditions, including working in high temperatures, carrying heavy loads and being exposed to pesticides.

The children also are paid less than minimum wage and are either dropping out of school or are tired while in school, according to the report. They are hired under unwritten agreements through Palestinian middlemen, according to Human Rights Watch.

The report is based on interviews with 38 Palestinian children and 12 adults who work on farms in seven Jewish settlements in the Jordan Valley. The children told Human Rights Watch that they had to work on settlement farms to help support their families.

Human Rights Watch blamed Israel’s “discrimination and settlement policies” for the poverty of the Palestinian families.

Israeli and Palestinian development and labor rights groups estimate that hundreds of children work in Israeli agricultural settlements year-round, and even more during the harvest season, according to Human Rights Watch.

Israeli labor laws prohibit youth from carrying heavy loads, working in high temperatures and working with hazardous pesticides, but the laws are not enforced on farms in the settlements, the report found.

Israel’s Foreign Ministry told local media it was studying the report and would comment after.

Jordan Valley Regional Council head David Elchaiiani acknowledged that the council employs 6,000 Palestinians on a daily basis but no minors, in an interview with Army Radio. He called the report “a horrific lie.”

The report offers recommendations to Israel, the European Union, the United States and Palestine.

It calls on Israel to dismantle the settlements and to prohibit settlers from employing Palestinian children for work in violation of international law. The report also recommends that the European Union and the United States instruct importers to cease imports of settlement agricultural products and exclude settlement agricultural products from shipments of Israeli goods eligible for preferential tariff treatment.

Palestine, the reports says, must continue to press foreign governments to cease imports of settlement agricultural products and to improve enforcement of laws on children’s free and compulsory education and prohibitions on child labor, including punishing the middlemen that help the children find employment.