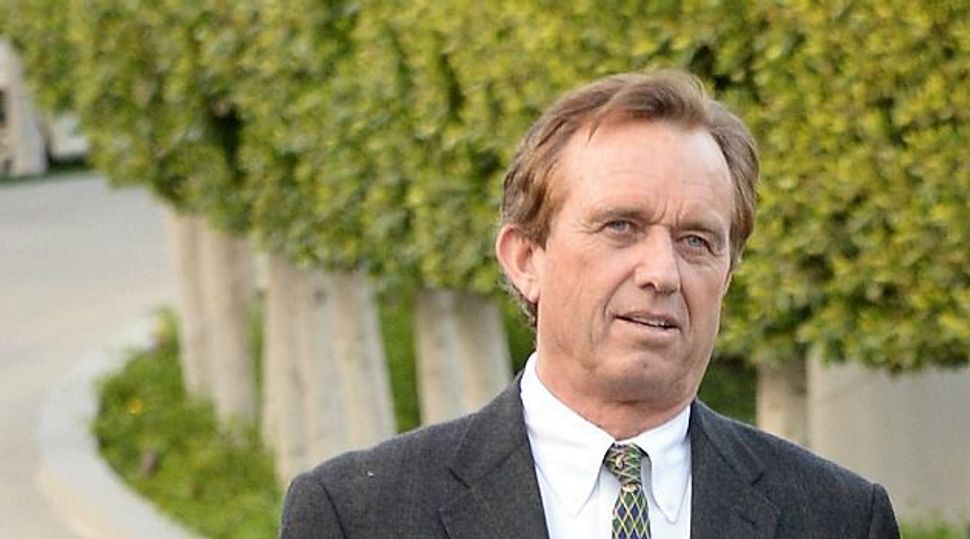 Robert Kennedy Jr. apologized for using the word holocaust to describe the effects of mandatory vaccines.

“I want to apologize to all whom I offended by my use of the word ‘holocaust’ to describe the autism epidemic,” said Kennedy, an environmental activist, who has also joined the opposition to mandatory vaccines.

The likening of vaccines to a Holocaust was “inappropriate and insensitive,” the Anti-Defamation League said.

Kennedy, the son of the assassinated liberal icon Robert Kennedy and the nephew of slain President John Kennedy, linked vaccines to autism and likened the practice to a Holocaust while campaigning in California earlier this month against legislation that would mandate vaccinations for children.

“They get the shot, that night they have a fever of a hundred and three, they go to sleep, and three months later their brain is gone,” Kennedy was quoted by the Sacramento Bee as saying April 7 at a screening of an anti-vaccination film in the city. “This is a holocaust, what this is doing to our country.”

“We object to Robert Kennedy Jr.’s insensitive and inappropriate comment that vaccinating children in the U.S. constitutes a ‘Holocaust.’,” Deborah Lauter, the ADL’s director of civil rights, said in a statement to JTA.

“Six million Jews and countless others were systematically slaughtered by the Nazis under Hitler,” Lauter said. “Such inappropriate analogies only serve to trivialize the Holocaust and are deeply offensive to Jews and other survivors, as well as those Americans who fought valiantly against the Nazis in World War II.”

The consensus in the scientific community rejects any link between vaccines and autism and maintains that side effects to vaccines are minimal, although a vocal and persistent minority continues to campaign against mandatory vaccinations.

Lauter said the ADL urges Kennedy “to refrain from using Holocaust imagery to make his points.”