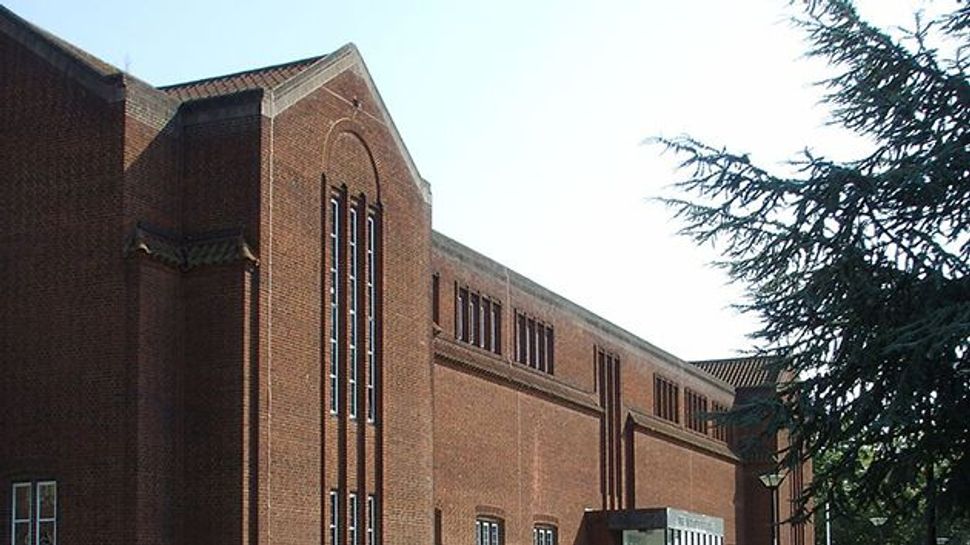 Image by By Iamtheabelman (Own work) [CC BY 3.0 (http://creativecommons.org/licenses/by/3.0)], via Wikimedia Commons

, via Wikimedia Commons” src=”https://images.forwardcdn.com/image/675x/center/images/cropped/southamptonuni-1429184713.jpg”]A London judge has accepted the University of Southampton’s decision to cancel a conference on Israel’s right to exist over security concerns due to protests.

The university cancelled the conference on International Law and the State of Israel late last month. It was scheduled to be held April 17-19.

Organizers of the event filed a request for judicial review of the cancellation.

On Tuesday, Judge Alice Robinson of the Administrative Court in London, rejected the request, saying that the conference was cancelled “in good faith,” because the university did not believe it could adequately protect its students and staff.

The university said it had been warned that there was risk of a terror attack on the campus during the conference.

“This was obviously a very difficult decision for the university. Nobody could be in any doubt that there has been very careful scrutiny of all of the issues,” the judge said. She said there were no “arguable grounds” for challenging the decision.

The conference, which was described on the university’s website as “a ground-breaking historical event on the road towards justice and enduring peace in historic Palestine,” was denounced as one-sided by critics such as the Board of Deputies of British Jews and Conservative lawmakers Eric Pickles and Caroline Nokes.

A representative of the university said the decision was not a ban but a postponement, and that it needed more time to provide security in the face of an estimated 1,000 protesters, according to reports.