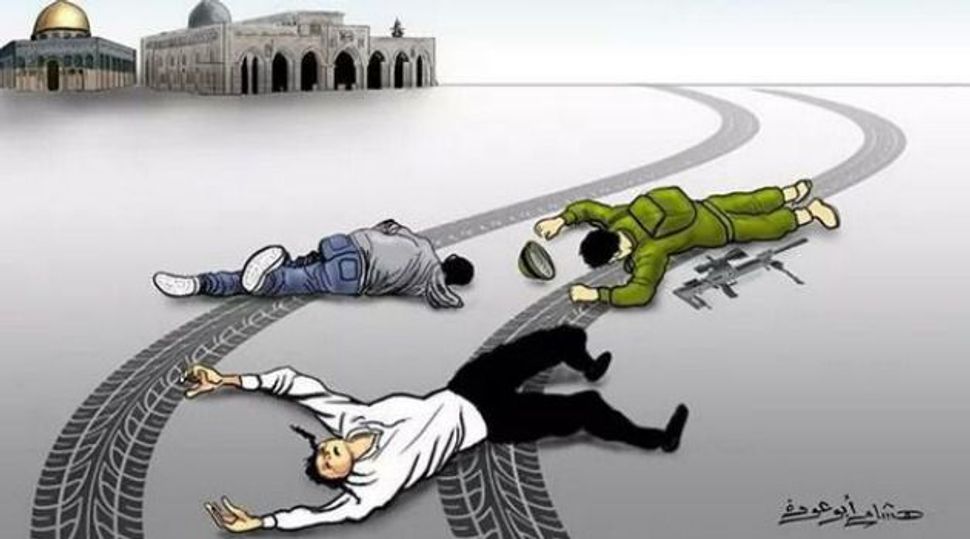 Police are investigating whether an incident in which a Palestinian man from eastern Jerusalem drove his car into two Israelis waiting at a bus stop – killing one – was a terror attack.

Shalom Sharki, 25, an Israeli civilian from Jerusalem, died Thursday morning of his injuries in the attack which occurred late Wednesday night at a bus stop in Jerusalem’s French Hill neighborhood, located near the border of eastern and western Jerusalem. An Israeli woman, 20, on Thursday afternoon remained in critical condition and on a respirator.

Sharki is the son of Rabbi Uri Sharki, a community rabbi in Jerusalem, and the brother of Yair Sharki, a reporter for Israel Channel 2 news.

The driver, 37, was treated at Hadassah Ein Kerem hospital and was set to be turned over to the Shin Bet security service for questioning. He reportedly is married with no children and has no criminal record.

The incident was initially treated as an accident, but later police decided to investigate the driver, according to reports. Police said the driver “swerved from his lane and hit two civilians standing at the station,” Ynet reported.

There have been several terror attacks using cars to ram into pedestrians in Jerusalem in recent months, including last month and in November. In one such incident in October, a Palestinian driver intentionally drove his car into a light rail station near Ammunition Hill, in northern Jerusalem, as passengers were disembarking, killing an Ecuadorian woman, 22, and three-month- old Chaya Zissel Braun.