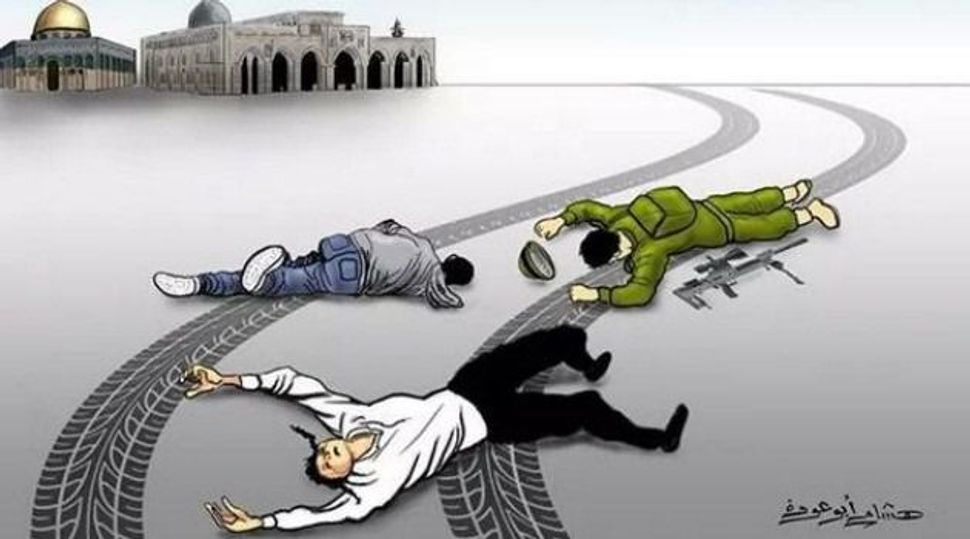 The Palestinian man from east Jerusalem who drove his car into two Israelis waiting at a bus stop, killing one and critically injuring the other, did so deliberately, police have determined.

“Today we can say that it is a horrible attack,” police chief Yohanan Danino said in a statement issued Saturday about the incident which occurred early on April 16 in the French Hill neighborhood, near the border of eastern and western Jerusalem.

The incident was initially treated as an accident, but police later decided to investigate the driver. Police said at the time that the driver “swerved from his lane and hit two civilians standing at the station,” Ynet reported.

Shalom Sharki, 25, an Israeli civilian from Jerusalem, died hours later of his injuries. An Israeli woman, 20, remains in critical condition.

The driver, Khaled Kotina, 37, was questioned by police and the Shin Bet security service for questioning. He reportedly is married with no children and has no criminal record.

There have been several terror attacks in recent months in which cars were used to ram into pedestrians in Jerusalem in recent months. In one such incident in October, two people were killed, including a 3-month-old girl.