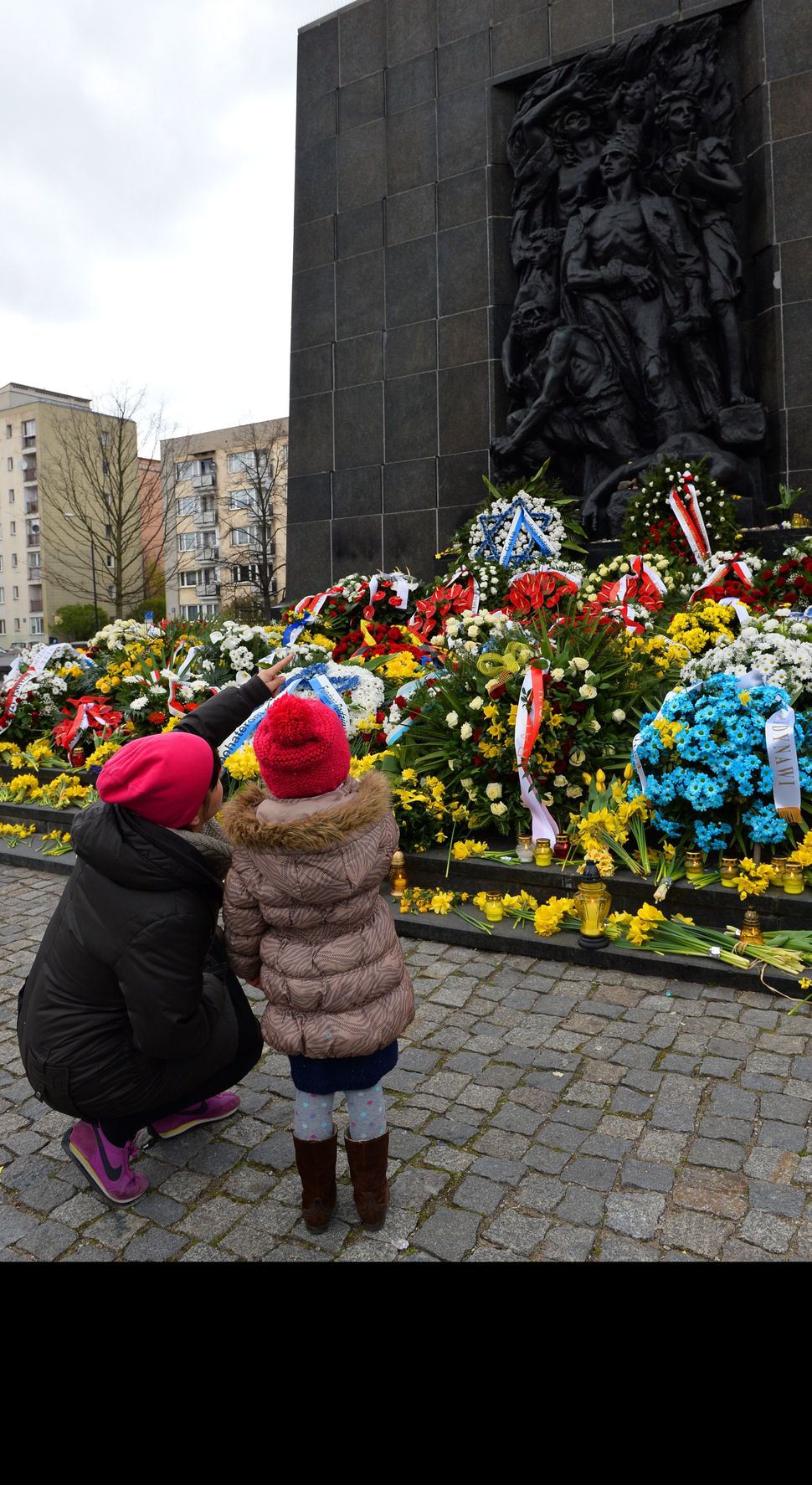 Hundreds of people commemorated the 72nd anniversary of the outbreak of the Warsaw Ghetto uprising.

The main ceremony was held Sunday afternoon in Warsaw at the monument to the ghetto heroes in front of the Museum of the History of Polish Jews. Polish authorities and visiting Israeli youth joined Warsaw residents at the commemoration.

Many of those on hand wore paper daffodils pinned to their clothes, symbolizing the memory of the uprising.

Wladyslaw Bartoszewski, secretary of state in the Prime Minister’s Office of Poland, participated in the uprising and spoke at the ceremony. Bartoszewski, 93, was an Auschwitz prisoner and a Resistance fighter who was recognized by the Yad Vashem Holocaust memorial in Israel as Righteous Among the Nations for his help in saving Jewish lives.

“This is not the speech of the representative of the government, but a man who was and is witness to historical events,” he said. “It is the fulfillment of my life that after 72 years since those events, I talk about it also in the name of those absent.

The Warsaw Ghetto Uprising broke out on April 19, 1943, and lasted for a month. It was the first military action of underground organizations against Germany and the first urban uprising in occupied Europe.

“The insurgents were fully aware that they were fighting only for a dignified death,” Piotr Kadlcik, a board member of the Warsaw Jewish Community, told JTA.

Before the main ceremony, the Jewish Military Union fighters were commemorated at the memorial plaque.