Arab-Israeli Lawmakers To Meet With Arab League in Cairo, Doha 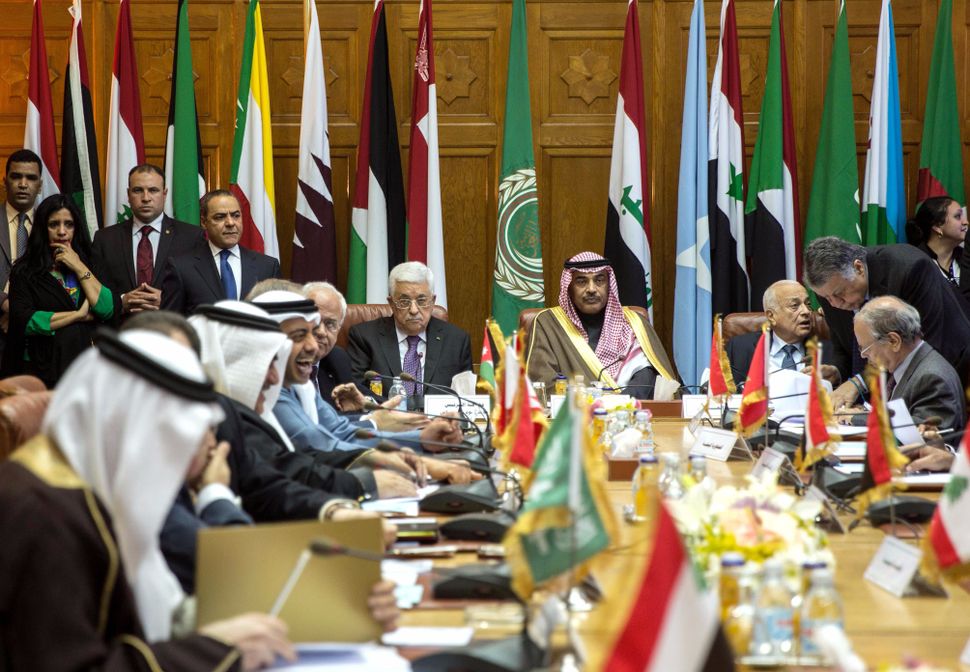 Abbas made the statement on Saturday in Ramallah during his second meeting in less than a month with Ayman Odeh, the head of Israel’s Joint Arab List political coalition. The lawmakers would go to Cairo and Doha, Qatar, the P.A. leader said, but did not say when the visits would be arranged.

Also present at the meeting was the head of the southern branch of the Islamic Movement in Israel, Abdullah Nimer Darwish.

Odeh is scheduled to meet in the next week with Israeli Prime Minister Benjamin Netanyahu.

In a video posted on his Facebook page on Election Day, Netanyahu urged his right-wing supporters to vote to counteract the Arab-Israelis who he claimed were voting “in droves” with assistance from foreign groups. The statement was widely criticized.

Netanyahu later apologized to representatives of the Arab-Israeli community during a meeting in Jerusalem. Joint Arab List lawmakers were not invited to the meeting.

Odeh and members of the Joint Arab List also met with Abbas a week after Israel’s March 17 national elections.

Arab-Israeli Lawmakers To Meet With Arab League in Cairo, Doha