Hundreds March in Prague Against Anti-Semitism 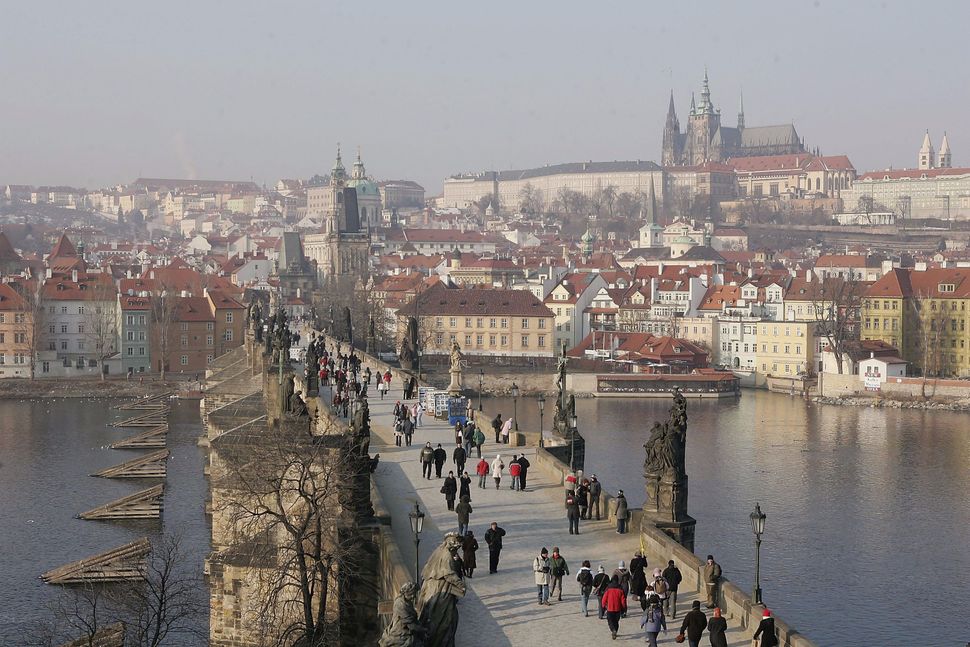 Hundreds of demonstrators, many waving Israeli flags, marched in Prague to protest the rising levels of anti-Semitism in Europe.

The 12th annual event, titled “A March of Good Will,” was held Sunday in the center of the Czech capital. The demonstration was organized by the Czech branch of the International Christian Embassy Jerusalem, a Christian Zionist group.

The participants, many of whom also waved Israeli banners with slogans denouncing anti-Semitism, included several Holocaust survivors and some hundred young Germans who came to Prague for the occasion.

The march moved from the city’s Old Town across the Vltava River to the gardens of the Czech Senate, where the minister of culture, Daniel Herman, along with the Israel’s ambassador to the Czech Republic and other officials addressed the crowd.

Two Israeli jazz bands were to perform at a Prague theater to conclude the event.

Europe in recent years has seen a steep surge in anti-Semitism, with a number of violent attacks and incidents targeting Jewish institutions and people having occurred in France, Belgium and other countries.

The Czech Republic, however, has one of the lowest levels of anti-Semitism in Europe, with 13 percent of its population harboring anti-Semitic attitudes, according to the Anti-Defamation League’s Global 100 Index.

Hundreds March in Prague Against Anti-Semitism