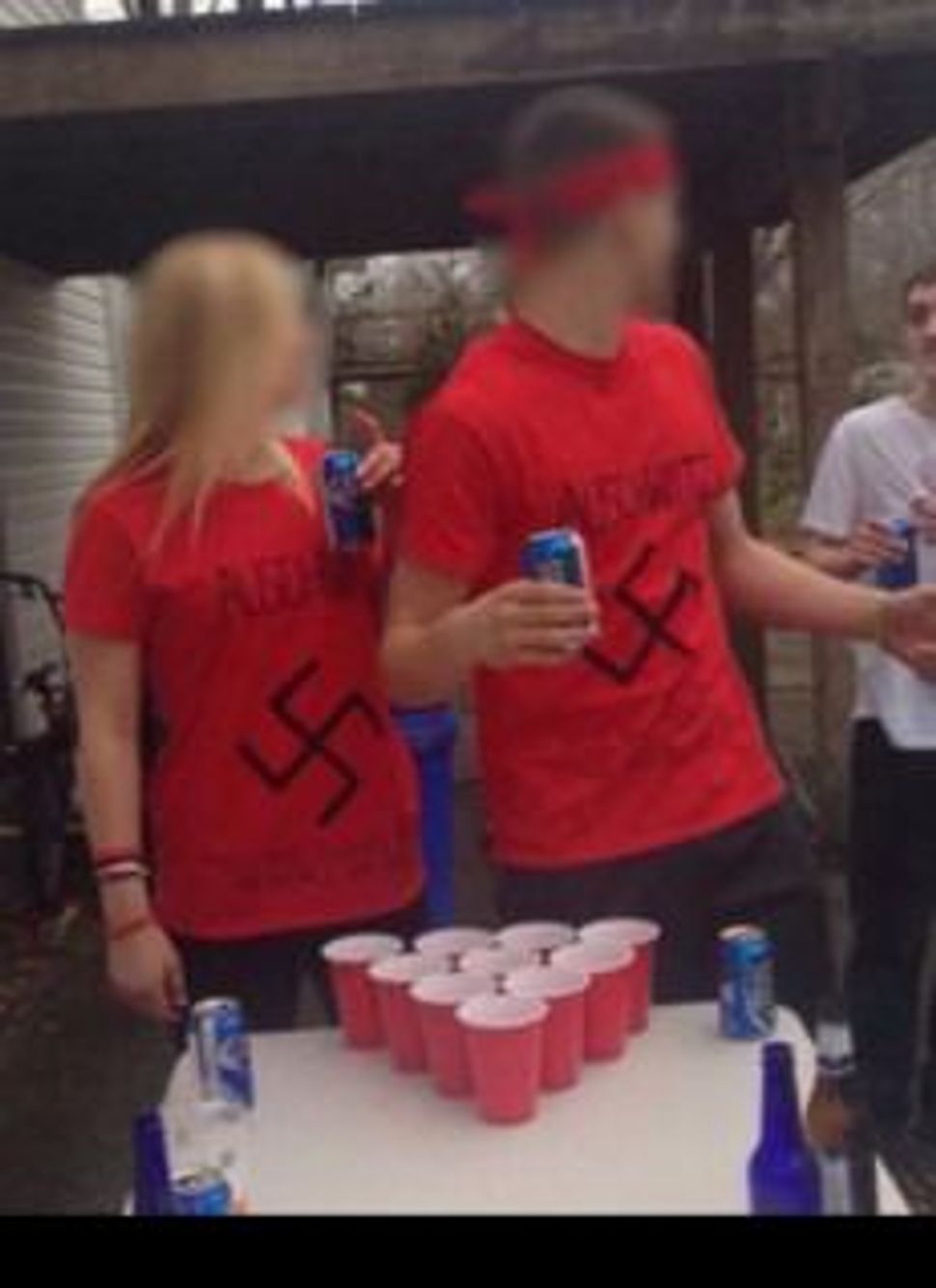 Responding to anti-Semitic T-shirts worn to a party by its high school students, a suburban New York town will hold what is being called “A Night of Unity.”

Teens and their parents in Commack, on Long Island, were set to participate in the meeting on Sunday night planned by local Jewish leaders.

Photos taken last weekend and posted on the Internet showed two Commack teens at a drinking party wearing red T-shirts bearing hand-drawn swastikas over the word “Auschwitz” written in big letters. “Hit the showers” is written in smaller letters at the bottom of the shirts.

The unity event at the Chai Center in Dix Hills will include a presentation from local police on Internet safety, a video presentation on the Holocaust and a talk by a local Holocaust survivor.

The Commack School District on April 15 said it would investigate the T-shirt incident, but noted that since the activity did not take place on school grounds and was not school sponsored, it was limited in the actions it could take.

“Please know that the Commack School District is taking this incident very seriously, and we do not condone or permit any form of discrimination, bullying, or hateful messaging,” the school district said in a statement that was updated Friday. “Further, meaningful consequences were imposed on the students involved, as allowed by law.”