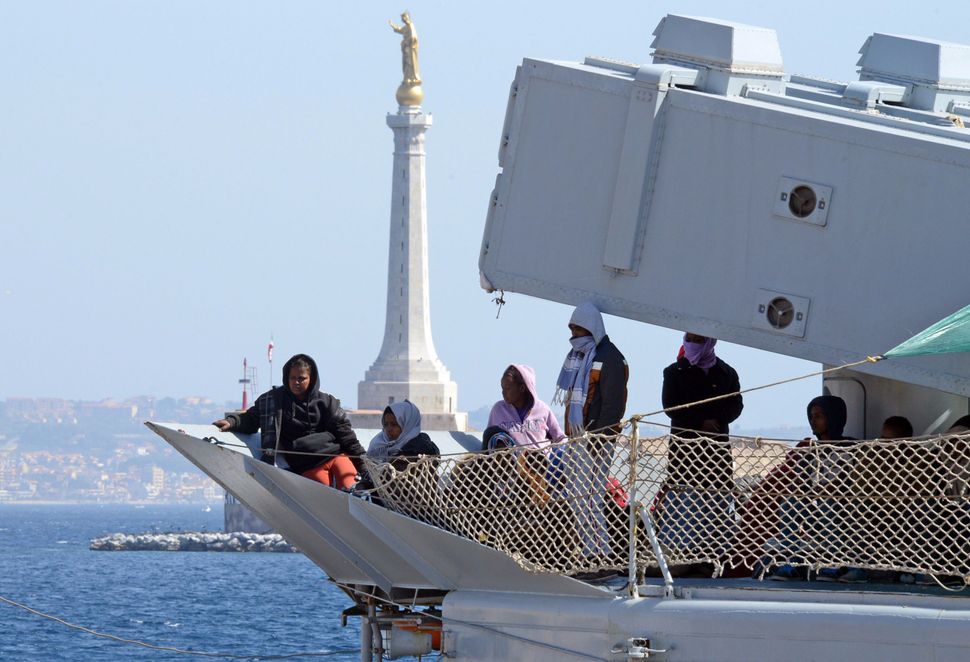 In the wake of the drowning death of hundreds of migrants from Libya trying to reach Italy, an Israeli government minister justified his country’s building of a fence to keep out migrants.

Transportation Minister Yisrael Katz in a post Monday on his Facebook page, called the deaths a “tragedy that shocks all humanity,” then added, “Look how right was the government’s policy to build a fence on the border with Gaza that blocks the way of migrant workers from Africa from entering Israel.”

Israel in 2012 built a fence on its border with Egypt and added sophisticated surveillance equipment to stem the influx of migrants from Eritrea and the Sudan, often hundreds per month.

Neither the Israeli government, nor the prime minister or president, had issued a statement by Monday evening on Sunday’s tragedy at sea, when a boatload of migrants sank off the coast of Libya, killing as many as 700. Nearly 3,200 migrants died on the same crossing route in 2014, The Wall Street Journal reported, citing figures from the International Organization for Migration.

Approximately 50,000 Africans who entered Israel through Egypt live in Israel, which is bound by international treaties to let them stay while they have United Nations refugee status. Most are economic migrants seeking a place to make a better life for themselves. Hundreds have been held in a detention center, while thousands given temporary visas live in impoverished parts of Israel.