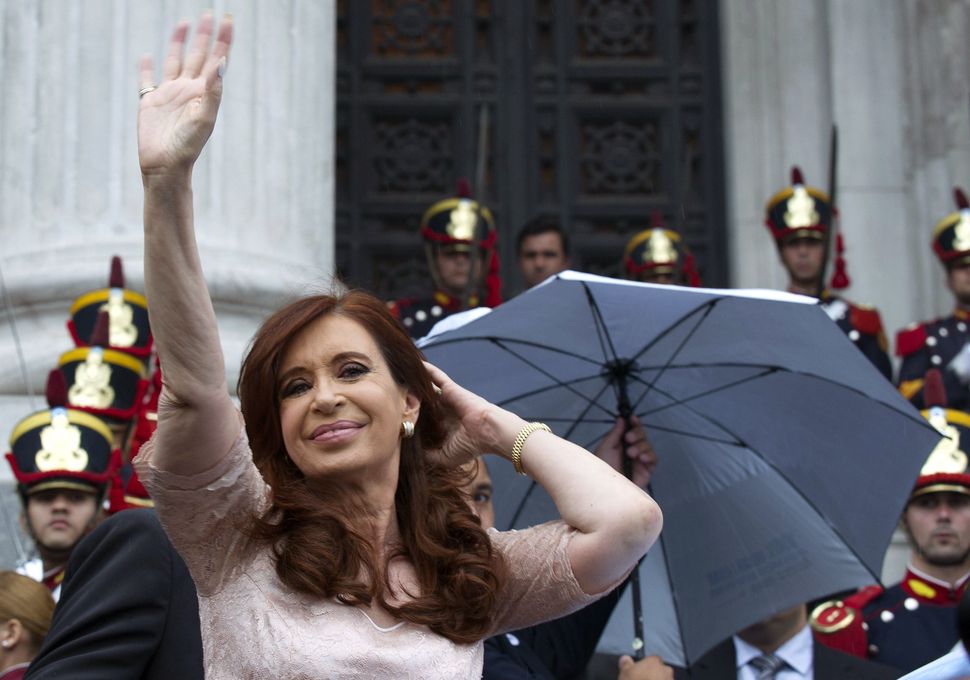 An Argentine prosecutor on Monday dismissed allegations that President Cristina Fernandez tried to derail an inquiry into the bombing of a Jewish center in 1994, likely marking the end of the case.

Federal prosecutor Javier De Luca was assigned by Argentina’s top appeals court after the case had already been rejected by a lower court in February, a decision upheld by a lower appeals court on account of “lack of evidence.”

“There has been no crime,” De Luca told Reuters. In his official statement, he said his decision was “equivalent to a definitive sentence.”

The allegations against Fernandez were originally leveled by prosecutor Alberto Nisman, who was found dead in his flat with a bullet wound to the head on Jan. 18 the day before he was due to testify about them to parliament.

Nisman had accused Fernandez of trying to cover up allegations made in Argentina courts that Iran was involved in the truck bombing of the AMIA Jewish Community center in Buenos Aires in order to clinch a grains-for-oil deal with Tehran.

Iran denies any involvement in the bombing.

Her government has sought to discredit Nisman. Last week it made accusations that Nisman received salary kick-backs from the IT specialist who had been working with him on his original investigation into the bombing.

Fernandez’s cabinet chief said Nisman spent the embezzled money on champagne, women and lavish vacations. The accusation prompted outrage from the opposition, adding fuel to a scandal over Nisman’s death that has rocked Argentina for three months.

The president on Sunday published a statement on her personal website in which she stated that Nisman had said hedge fund manager Paul Singer could help the Jewish community. Argentina has fought a long court battle with Singer over its defaulted debt and vilified hedge funds as “vultures.”

On her website, Fernandez criticized Israeli policies on Iran. She also wrote, “For many of us, peace is the best tool to achieve greater global security. It’s a shame that a powerful few have not yet understood that.”