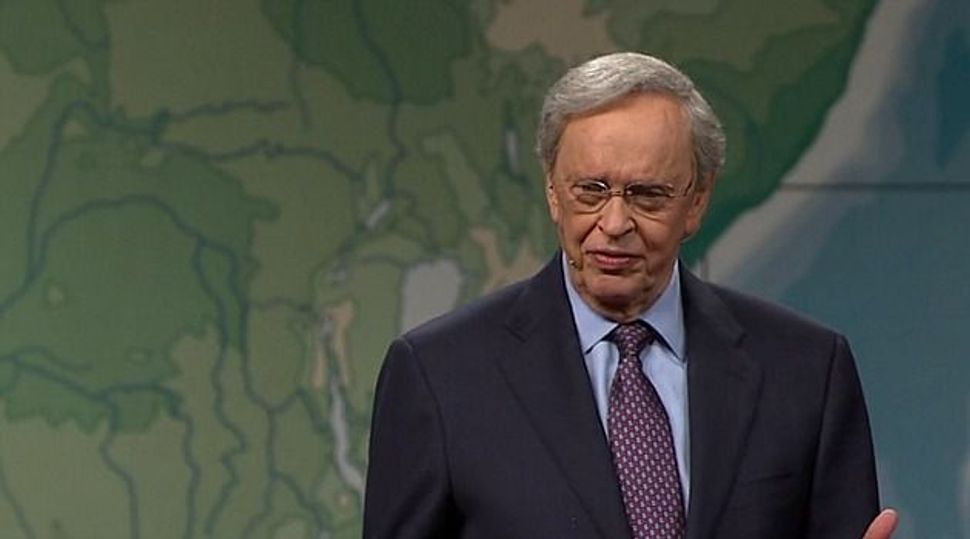 A Baptist pastor who has said that homosexuality is “destructive” and that gays are “separate from God” declined an honor from the Jewish National Fund’s Atlanta chapter because of protests.

Charles Stanley will not attend Thursday’s awards breakfast “because of his deep love for Israel, and his reluctance to be a point of controversy and conflict within the Jewish community,” the Atlanta Journal Constitution on Tuesday quoted JNF as saying.

The Atlanta chapter was to have honored Stanley, 82, for his pro-Israel advocacy, but a number of local Jews protested the recognition and rabbis – including those affiliated with The Temple, where the event is to take place – said they would not attend.

Stanley, the senior pastor of First Baptist Church in Atlanta and the founder of In Touch Ministries, was to have received the Tree of Life award.

In a video reply to a query to his ministry about whether gays may gain entry to heaven, Stanley said it would only happen if they stopped being homosexual.

“There is no peace, no joy, no happiness no matter what they say,” he said. “And medical research has proven absolutely unquestionably that a person can be freed from homosexual activity if they want to.”