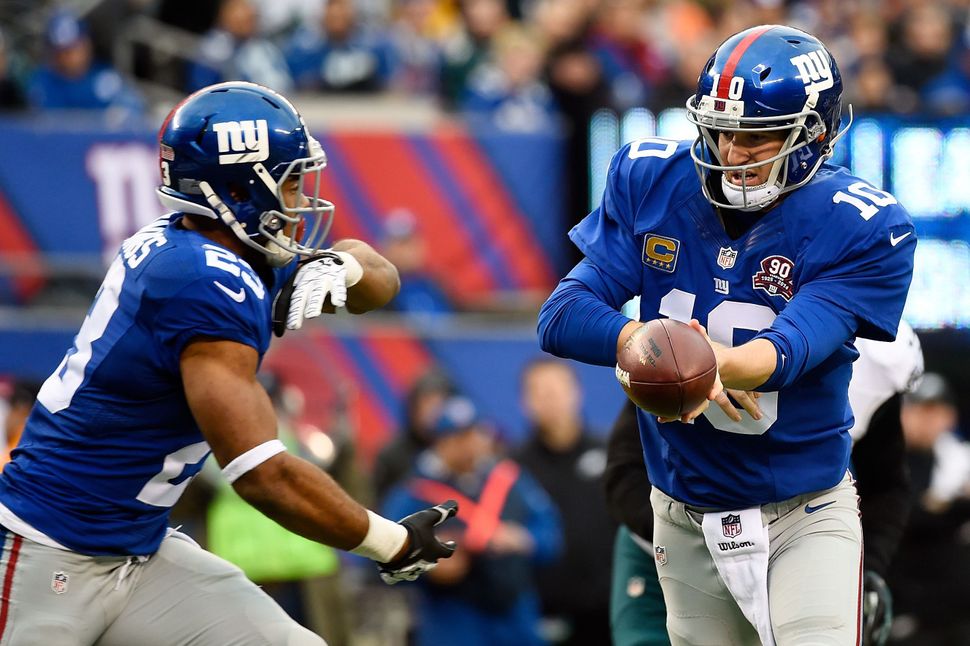 (JTA) — On Rosh Hashanah, according to the liturgy, our fate is written in the Book of Life.

But Jewish football fans may be spending the holiday thinking about something else: the NFL opening games they are missing.

The 2015 NFL schedule was released on Tuesday, and the season kickoff is on Sept. 13, which is the first night of Rosh Hashanah.

The first game of the season, as it has been in recent years, is on a Thursday (Sept. 10). But the following Sunday (Erev Rosh Hashanah, Sept. 13) kicks off the season for most of the league’s teams — all but six to be exact. New York area fans will be most disappointed as they prepare to go to synagogue — the Giants play on Sunday night at 8:30.

There are also two Monday night games that coincide with the first full day of Rosh Hashanah. The Philadelphia Eagles, Atlanta Falcons, Minnesota Vikings and San Francisco 49ers all play on Monday.