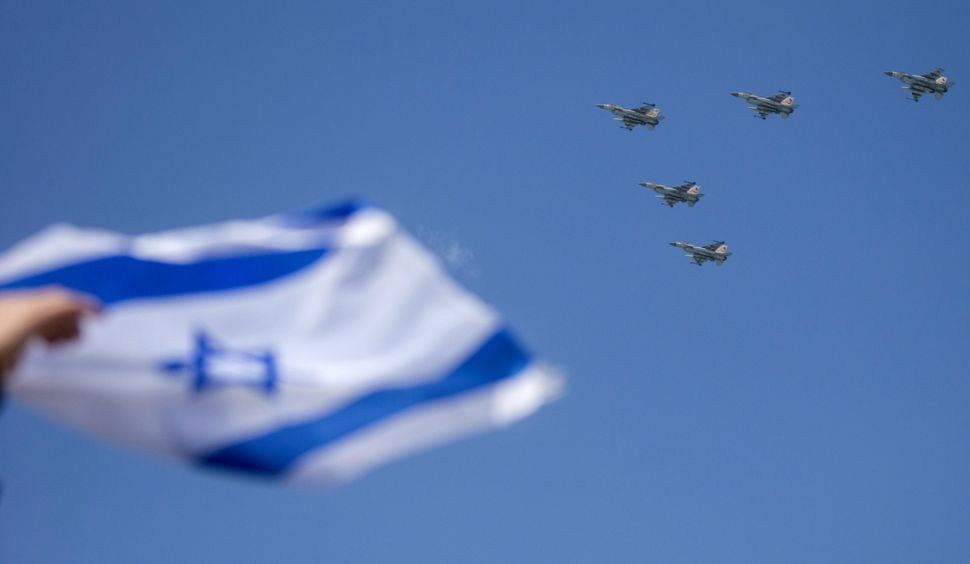 Netanyahu’s praises came in the Hebrew-language version of a video released by his office at the start of Israel’s 67th Independence Day, which this year falls on April 23. The English-language version contains no such reference but celebrates the right of Jews living outside Israel to immigrate to it, or make aliyah.

“Last summer, during Operation Protective Edge, we saw your fighting spirit, your camaraderie, your bravery,” Netanyahu said in the introduction part of the Hebrew-language video, which Netanyahu began with a message addressed to members of the security forces. “You are the first element of Israel’s security and its independence.”

Israel has faced international criticism for its summer war in Gaza against Hamas, which left more than 2,000 Palestinians dead and which the Palestinians and others allege was tainted by widespread war crimes, though Israel has disputed these claims.

“When we look at the countries around us, we see how exceptional Israel is,” Netanyahu continued. “A vibrant democracy with equal rights to all its citizens. Israel is at the forefront of the world’s technology,” Netanyahu said.

Unlike the Hebrew address, Netanyahu’s English-language video also celebrates how Israel gives Jews “the right to make aliyah and be part of the modern State of Israel.”

It further differs from the Hebrew-language version in that it specifically names Israeli Arabs as “equal under the law.”

Last month, U.S. officials and may Israeli politicians and opinion-shapers accused Netanyahu of eroding democratic values when he urged voters to elect his party, Likud, because Arabs, he said, were showing up in great numbers to vote with help from left-wing groups.

Netanyahu later apologized for the offense his statement caused.