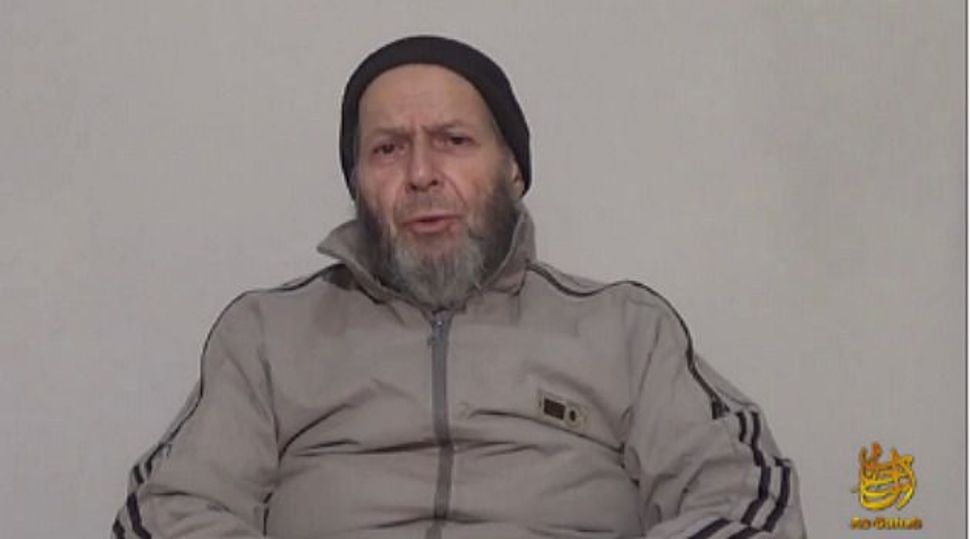 Like other American families whose relatives have been killed over the past year after being held hostage by militants in the Middle East, Elaine Weinstein called for a better U.S. government policy for relaying information to hostages’ families.

“We hope that my husband’s death and the others who have faced similar tragedies in recent months will finally prompt the U.S. Government to take its responsibilities seriously and establish a coordinated and consistent approach to supporting hostages and their families,” she said in a statement.

U.S. Representative John Delaney, who has helped the Weinstein family, said the United States needs to do a better job handling American hostages.

President Obama said he had spoken with Weinstein’s family.

Obama praised Weinstein, a Jewish physician, and an Italian who were both held hostage by al Qaeda in the border region of Pakistan and Afghanistan as he announced they were both killed in a U.S. counterterrorism operation in January, the White House said on Thursday.

U.S. government sources said the operations involved drone strikes. Such strikes have long been used by the administration of Obama and his predecessor, George W. Bush, in counterterrorism operations in the Afghanistan-Pakistan border area and elsewhere.

Use of drones has been controversial because of the deaths of civilians who were not targeted and because on occasion they have involved killing Americans abroad without judicial process.

The United States is conducting a review to understand how the operation killed the unintended targets, Obama said in an appearance at the White House. He added: “I profoundly regret what happened. On behalf of the United States government, I offer our deepest apologies to the families.”

Italian foreign minister Paolo Gentiloni called the incident a “tragic and fatal error … that our American partners made,” but said Lo Porto’s death was “entirely the responsibility of the terrorists.”

Although the operation took place in January, a U.S. official said authorities concluded only a few days ago that the two hostages were killed.

Obama said the U.S. intelligence had hundreds of hours of surveillance on the compound targeted in the attack and there had been no signs that Weinstein and Lo Porto were held there.

U.S. officials did not give the location of the incident. If it was on the Pakistan side of the border, it was likely to have been in North Waziristan, a mountainous region where the Pakistani military launched a long-awaited operation last June to clear out the Taliban, and where it now holds the major urban centers. Pockets of insurgents remain, particularly in the deep forests of the Shawal Valley.

The White House said while both Farouq and Gadahn were al Qaeda members, “neither was specifically targeted, and we did not have information indicating their presence at the sites of these operations.”

Weinstein, 73 was abducted in Lahore, Pakistan, in 2011 while working for a U.S. consulting firm. Al Qaeda had asked to trade him for members of the Islamist militant group being held by the United States.

Weinstein was seen in videos released in May 2012 and December 2013, asking for Obama to intervene on his behalf and saying he was suffering from heart problems and asthma.

Lo Porto had been missing in Pakistan since January 2012.

Italian media said Lo Porto, who was from Palermo, Sicily, was kidnapped three days after arriving in Pakistan on Jan. 19, 2012, to work for a German organization building houses for victims of a 2010 flood.

Another man was kidnapped with him but later freed in October 2014 by German special forces.

Obama said Weinstein, who lived in Rockville, Maryland, had devoted his life to service as a member of the Peace Corps and more recently as a contractor for the U.S. Agency for International Development in a poverty-fighting program.

Dianne Feinstein, the top Democrat on the Senate Intelligence Committee, said the committee had been reviewing the operation that killed the hostages and now intended to do so in greater detail.

The Pakistani government routinely protests the strikes as an infringement of national sovereignty, but many in Pakistan believe the country’s powerful military at least tacitly supports the strikes.