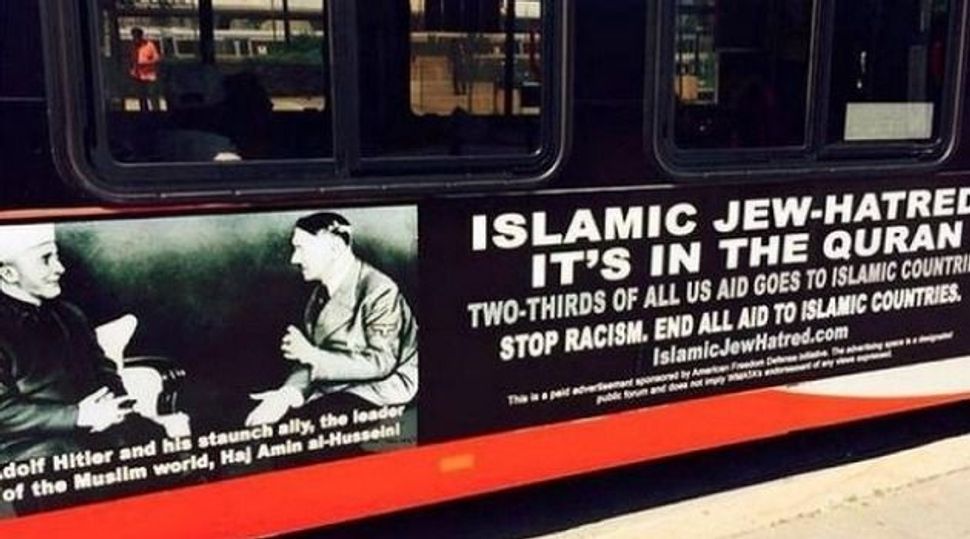 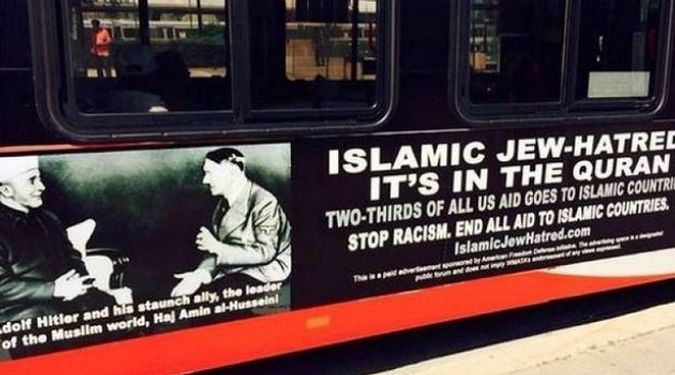 Stung by a court ruling ordering it to display a controversial ad from an anti-Muslim group on its buses, New York’s Metropolitan Transportation Authority may adopt a new policy that it said would let it ban the ad after all.

According to a letter submitted on Friday to U.S. District Judge John Koeltl in Manhattan, the authority’s board plans on April 29 to vote on a new policy allowing it to exclude “all advertisements of a political nature” from MTA property.

That would include the ad from the American Freedom Defense Initiative, which portrayed a man wearing a scarf around his face, with a quotation “Killing Jews is Worship that draws us close to Allah” attributed to “Hamas MTV,” and below that, “That’s His Jihad. What’s yours?”

The group sued the MTA for rejecting the ad. On Tuesday, Koeltl said that rejection violated the group’s First Amendment rights because the MTA did not show that the ad could incite terrorism or imminent violence, including against Jews.

In Friday’s letter, MTA lawyer Peter Sistrom said it was “beyond dispute” that the state-run authority could convert its property into a “limited public forum” that banned political ads, and moot the American Freedom Defense Initiative’s case.

He also said the proposed policy has been in the works for some time, and was not a “hasty reaction” to Koeltl’s decision.

Koeltl delayed enforcing his preliminary injunction, ordering the MTA to run the ad, by 30 days. On Friday, the MTA asked that the stay continue until the lawsuit could be dismissed.

“The notion that the MTA can moot a constitutional violation by changing its policy after the fact and wishing away the violation is absurd,” said David Yerushalmi, a lawyer for the American Freedom Defense Initiative, in an email. “Our complaint has a damage claim for past harms (even if only nominal damage). That fact alone precludes the argument that the case is moot.”

Marci Hamilton, a professor at Yeshiva University’s Benjamin N. Cardozo School of Law, said the government has “broad latitude to define a forum for speech” outside traditional public forums such as parks and sidewalks.

“Where the public transportation is open to all, there is a strong argument to designate a limited public forum to ensure a peaceful and efficient system aimed at getting the public to their destinations first and foremost,” she said.