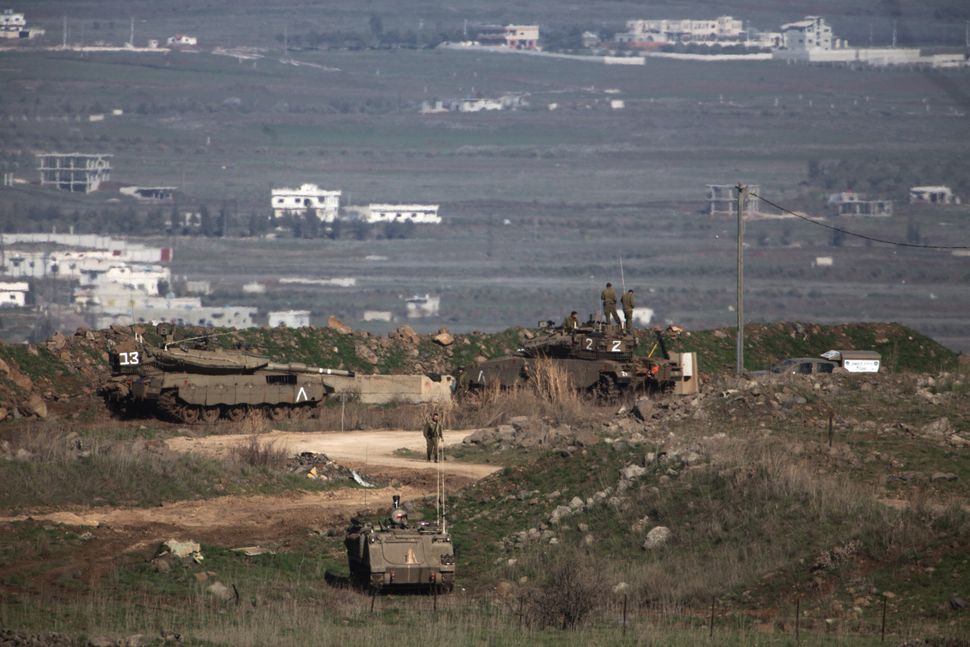 Four terrorists attempting to plant a bomb along Israel’s border with Syria were killed in an Israeli airstrike.

The terrorists were killed Sunday evening as they laid the explosives in the Golan Heights. The men, who were in Israeli territory but did not breach the border fence, had been identified by an Israel Defense Forces patrol.

“A short while ago, the IDF eliminated a terror cell attempting to place an explosive device against IDF forces on Israel’s border with Syria,” the IDF said in statement. “The IDF will not accept any attempt to attack or violate Israel’s sovereignty.”

The attack comes two days after Arab media reports that Israel attacked a convoy of long-range missiles in Syria that were intended for Hezbollah in northern Lebanon.